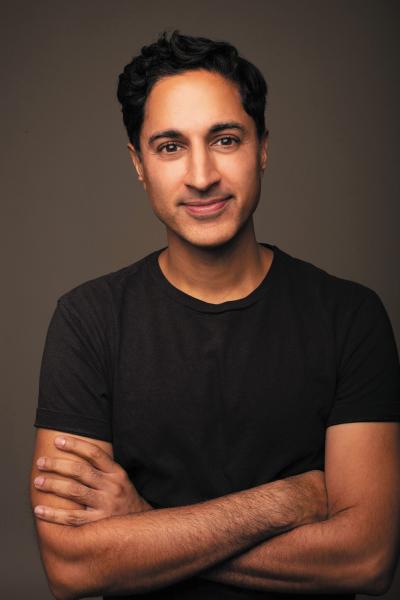 DATE OF SCHOOL VISIT
Tuesday, October 15. Maulik will be doing two school visits, one in the morning and one in the afternoon. (Please indicate whether your school would prefer a morning or afternoon author visit.)

Maulik Pancholy is an award-winning actor whose television work includes 30 Rock, Whitney, Web Therapy, Elementary, Friends from College, The Good Wife, The Comeback, The Sopranos, Law & Order: Criminal Intent, and more. He is also the voice of Baljeet on the Emmy Award–winning animated series Phineas and Ferb and of Sanjay on Sanjay and Craig. Maulik is the recipient of an Asian American Arts Alliance Award and the Human Rights Campaign’s Visibility Award. In 2014, he was appointed by President Barack Obama to serve on the President’s Advisory Commission on Asian Americans and Pacific Islanders. While at the White House, he helped launch an anti-bullying campaign called Act to Change, which he continues to lead today. Maulik lives with his husband in Brooklyn, New York. This is his debut novel. 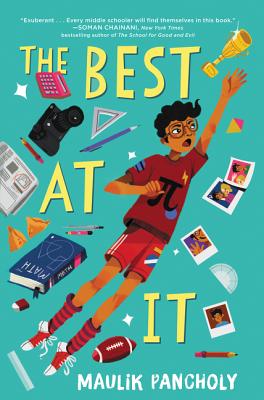 ABOUT THE BOOK: The Best at It  From award-winning actor Maulik Pancholy comes a hilarious and heartfelt middle grade debut about a gay Indian American boy coming into his own. Perfect for fans of Tim Federle’s Nate series. Rahul Kapoor is heading into seventh grade in a small town in Indiana. The start of middle school is making him feel increasingly anxious, so his favorite person in the whole world, his grandfather Bhai, gives him some well-meaning advice: Find one thing you’re really good at and become the BEST at it. Those four little words sear themselves into Rahul’s brain. While he’s not quite sure what that special thing is, he is convinced that once he finds it, bullies like Brent Miller will stop torturing him at school. And he won’t be worried about staring too long at his classmate Justin Emery. With his best friend, Chelsea, by his side, Rahul is ready to crush this challenge.... But what if he discovers he isn’t the best at anything? Funny, charming, and incredibly touching, this is a story about friendship, family, and the courage it takes to live your truth.

ORDER FORMS
Tattered Cover will design an order form that the school should distribute in advance of the author visit, and again on the day of the event to all student attendees.

ONLINE ORDERING LINK
Link to share with students and their families to order Maulik's books: https://www.tatteredcover.com/book-list-maulik-pancholy. Please make sure anyone ordering online includes the name of your school in the Notes section of the order and if they'd like to pick up the book from you at the school. Please DO NOT give a book to someone who says they ordered online unless they have the printed confirmation. PLEASE KEEP THIS! You'll need to include these confirmations when returning the leftover books so you won't be charged for them! If they do ask you for a book without a confirmation, just email us the name of the student and parent's name and we can check. DEADLINE: Online orders with SCHOOL PICK UP will only be available for one week after the school visit. Orders placed after that time will need to be picked up at one of our locations, or shipped.

The Best at It (Hardcover)