DATE OF SCHOOL VISIT
Friday, October 11. Authors will be available for an afternoon visit only. 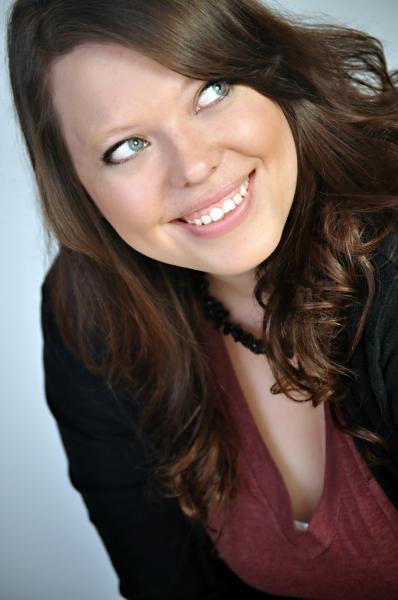 Cora Carmack has done a multitude of things in her life–boring jobs (retail), fun jobs (theatre), stressful jobs (teaching), and dream jobs (writing). Raised in a small Texas town, she now lives in New York City and Texas, and spends her time writing, traveling, and marathoning various television shows on Netflix. Her first book, Losing It, was a New York Times and USA Today bestseller, and her subsequent books were also hits. 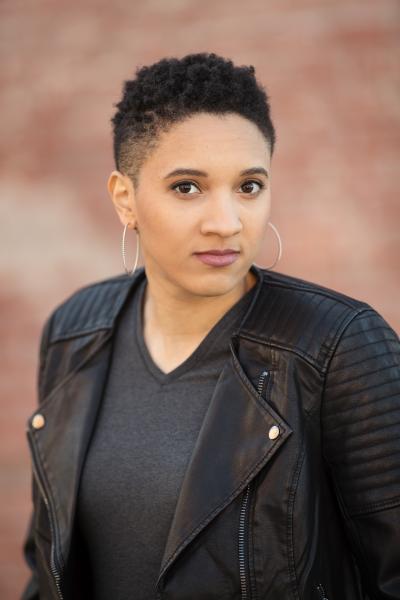 Charlottle Nicole Davis is a graduate of The New School’s Writing for Children MFA program and loves comic book movies and books with maps in the front. She currently lives in Brooklyn with a cat with a crooked tail. The Good Luck Girls is her debut novel. 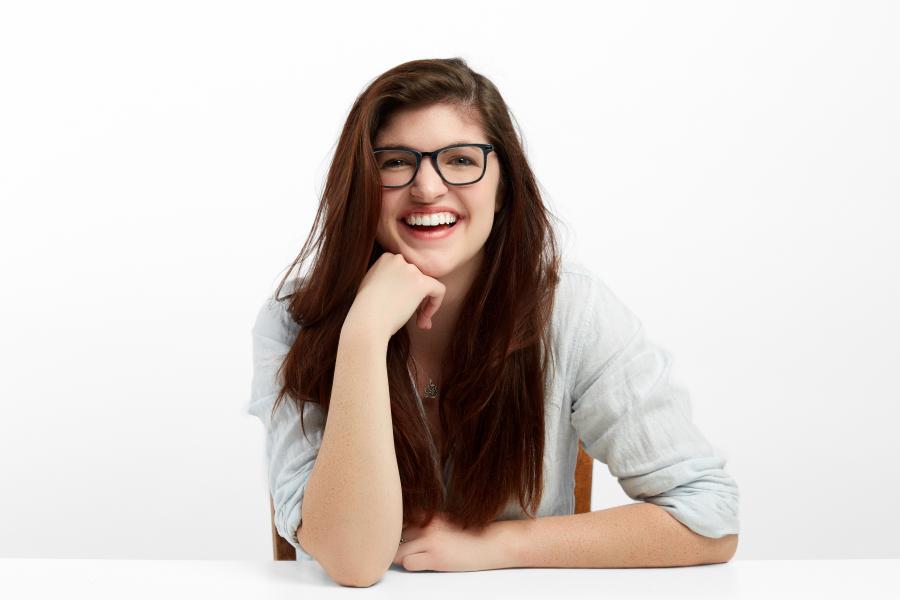 Lauren Shippen is a writer and actor with experience in podcasts, film, and books. She is the creator and head writer of The Bright Sessions, a popular science fiction podcast that has won numerous awards and was named one of iTunes' Best of 2016. She was named one of Forbes 30 Under 30 in Media 2018 and one of MovieMaker Magazine and Austin Film Festival’s 25 Screenwriters to Watch. Beyond The Bright Sessions, Lauren is co-producing a joint Panoply-BBC fiction podcast with Peabody-winning writer/director John Dryden. Lauren was born in New York City and grew up in Bronxville, New York. She currently lives in Los Angeles but travels frequently to New York where she can split her time between her parents’ dogs and her love of Broadway. 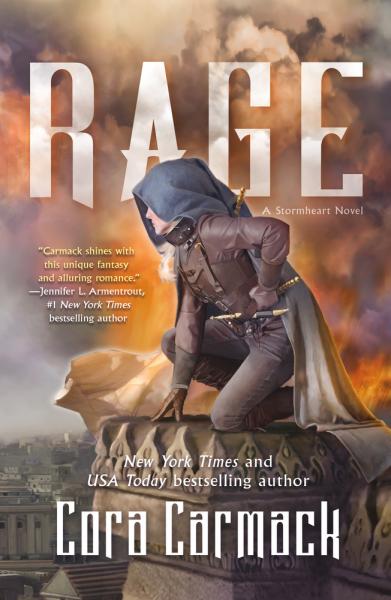 From New York Times bestselling author Cora Carmack, the second in the captivating new YA fantasy/romance Stormheart series, perfect for fans of Kristin Cashore and Victoria Aveyard. Princess or adventurer. Duty or freedom. Her Kingdom or the storm hunter she loves. If Aurora knows anything, it's that choices have consequences. To set things right, she joins a growing revolution on the streets of Pavan. In disguise as the rebel Roar, she puts her knowledge of the palace to use to aid the rebellion. But the Rage season is at its peak and not a day passes without the skies raining down destruction. Yet these storms are different…they churn with darkness, and attack with a will that’s desperate and violent. This feels like more than rage. It feels like war. 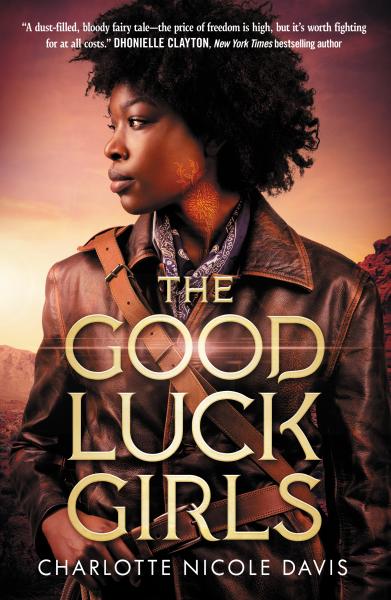 Westworld meets The Handmaid’s Tale in this stunning fantasy adventure from debut author Charlotte Nicole Davis. Aster, the protector. Violet, the favorite. Tansy, the medic. Mallow, the fighter. Clementine, the catalys. The country of Arketta calls them Good Luck Girls—they know their luck is anything but. Sold to a “welcome house” as children and branded with cursed markings. Trapped in a life they would never have chosen. When Clementine accidentally kills a man, the girls risk a dangerous escape and harrowing journey to find freedom, justice, and revenge in a country that wants them to have none of those things. Pursued by Arketta’s most vicious and powerful forces, both human and inhuman, their only hope lies in a bedtime story passed from one Good Luck Girl to another, a story that only the youngest or most desperate would ever believe. It’s going to take more than luck for them all to survive. 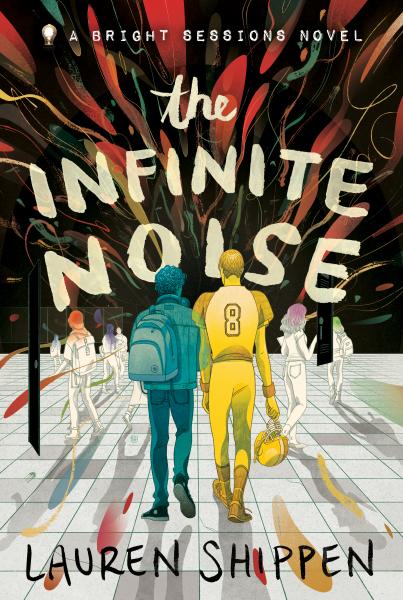 Lauren Shippen's The Infinite Noise is a stunning, original debut novel based on her wildly popular and award-winning podcast The Bright Sessions. Caleb Michaels is a sixteen-year-old champion running back. Other than that his life is pretty normal. But when Caleb starts experiencing mood swings that are out of the ordinary for even a teenager, his life moves beyond “typical.” Caleb is an Atypical, an individual with enhanced abilities. Which sounds pretty cool except Caleb's ability is extreme empathy—he feels the emotions of everyone around him. Being an empath in high school would be hard enough, but Caleb's life becomes even more complicated when he keeps getting pulled into the emotional orbit of one of his classmates, Adam. Adam's feelings are big and all-consuming, but they fit together with Caleb's feelings in a way that he can't quite understand. Caleb's therapist, Dr. Bright, encourages Caleb to explore this connection by befriending Adam. As he and Adam grow closer, Caleb learns more about his ability, himself, his therapist—who seems to know a lot more than she lets on—and just how dangerous being an Atypical can be.

DESIRED # OF STUDENTS
A minimum of 50 students.

ORDER FORMS
Tattered Cover will design an order form that the school should distribute in advance of the author visit, and again on the day of the event to all student attendees.

ONLINE ORDERING LINK
Link to share with students and their families to order Cora, Charlotte, and Lauren's books: https://www.tatteredcover.com/book-list-cora-carmack-charlotte-nicole-davis-and-lauren-shippen

Please make sure anyone ordering online includes the name of your school in the Notes section of the order and if they'd like to pick up the book from you at the school. Please DO NOT give a book to someone who says they ordered online unless they have the printed confirmation. PLEASE KEEP THIS! You'll need to include these confirmations when returning the leftover books so you won't be charged for them! If they do ask you for a book without a confirmation, just email us the name of the student and parent's name and we can check. DEADLINE: Online orders with SCHOOL PICK UP will only be available for one week after the school visit. Orders placed after that time will need to be picked up at one of our locations, or shipped.