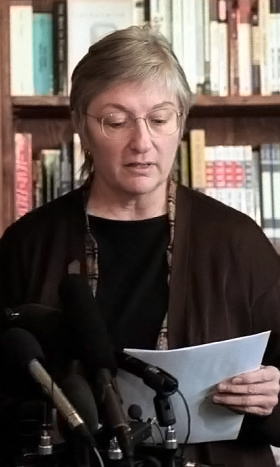 ☛ Watch the video documentary about the case here.

Reading Between the Lines

Imagine if the government knew what books you were reading. Would you buy a copy of Al-Qaida: The Battle Against Western Tyranny, The Anarchist's Cookbook or Mein Kampf? Fortunately, for those of us living in Colorado, this Orwellian scenario is only a hypothetical, thanks to this week's Colorado Supreme Court decision in Tattered Cover v. City of Thornton.

Continuing this state's long tradition of protecting individual rights, the court ruled that the federal and state constitutions prevent law enforcement from finding out what books an individual purchased at Denver's Tattered Cover Bookstore, unless law enforcement can show the information is critical to a prosecution.

In an opinion that will serve as a guide to judges across the country, the court made clear that even in the post-Sept. 11 world, the right of individuals to purchase and read anonymously whatever books they wish, without the threat of governmental intrusion, lies at the very foundation of our democracy.

Justice Michael Bender's opinion for the court reaffirms the vital role that bookstores (and libraries) play in promoting the free exchange of ideas, controversial and otherwise. 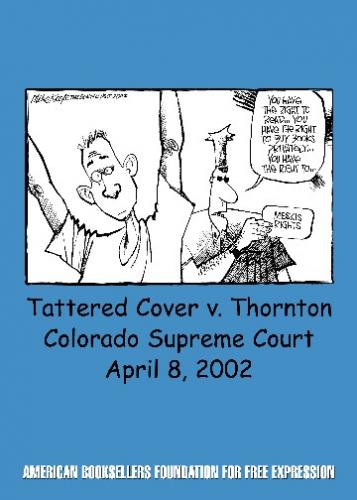 The "robust public debate" that is fostered by such exchange of ideas is the necessary precondition to a self-governing democracy. The First Amendment protects not only the freedom to speak but also, as Justice Bender wrote, the freedoms to "explore ideas, receive information, and discover myriad perspectives on every topic imaginable.... It makes no difference that one can voice whatever view one wishes to express if others are not free to listen to these thoughts.... Everyone must be permitted to discover and consider the full range of expression and ideas available in our 'marketplace of ideas'."

At a time when there is great societal pressure to curtail fundamental personal freedoms in pursuit of greater security, our Supreme Court fulfilled its constitutional role; it based its decision on enduring principles rather than on the exigencies of the moment.

The principle at stake was described by the United States Supreme Court 50 years ago: "Once the government can demand of a publisher [or bookseller] the names of the purchasers of his publications, the free press as we know it disappears.... Some will fear to read what is unpopular, what the powers-that-be dislike....[F]ear will take the place of freedom in the libraries, bookstores and homes of the land."

As a result of the Tattered Cover decision, Coloradans do not live with such fear.

Some commentators have mischaracterized this case as a battle between law enforcement and those who seek to stymie police efforts to fight crime. Nothing could be farther from the truth.

The Bill of Rights places limits on police conduct, not to protect criminals, but to protect our fundamental liberties, like the right of privacy and the right to read.

These constitutional limitations on government are what set the United States apart from totalitarian regimes. The court's decision is not a "roadblock" to law enforcement but is instead a road map-it tells the police what they must do in the future before they can obtain evidence that is protected by the Constitution: they must first convince a neutral magistrate that their need for the information is "compelling" (that is, critically necessary) and closely related to a criminal investigation.

This new legal standard and procedure guarantee that libraries and bookstores need turn over circulation and sales records only in circumstances where the information is, in fact, necessary to bring criminal suspects to justice.