In June, it is most honorable to acknowledge, celebrate and commemorate the achievements that African Americans were a part of. Both Juneteenth and PRIDE are annual reminders that African Americans stopped at nothing to be seen, heard, and felt. This month’s reads should move you, inform you, or even encourage you to stop at nothing when seeking liberation, autonomy, and the means to authentically be YOU. 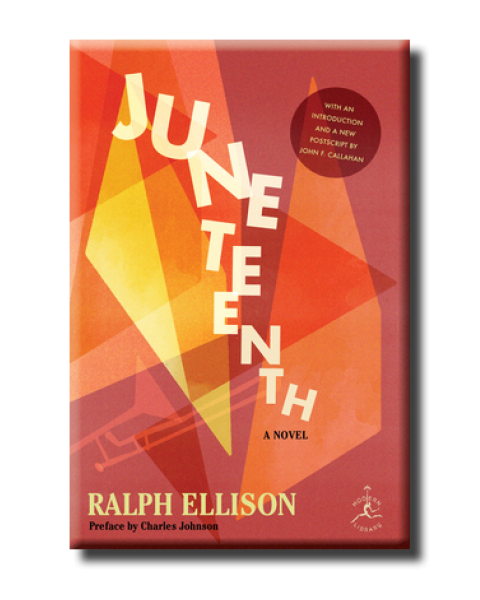 Juneteenth (A Novel)
by Ralph Ellison

►   In Juneteenth, Ralph Ellison evokes the rhythms of jazz and gospel and ordinary speech to tell a powerful tale of a prodigal son in the twentieth century. At the time of his death in 1994, Ellison was still expanding his novel in other directions, envisioning a grand, perhaps multivolume, story cycle. Always, in his mind, the character Hickman and the story of Sunraider’s life from birth to death were the dramatic heart of the narrative. And so, with the aid of Ellison’s widow, Fanny, his literary executor, John Callahan, has edited this magnificent novel at the center of Ralph Ellison’s forty-year work in progress—its author’s abiding testament to the country he so loved and to its many unfinished tasks. 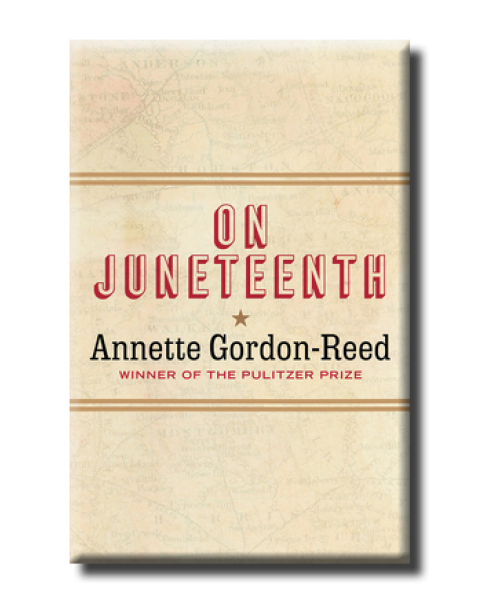 ►   The essential, sweeping story of Juneteenth’s integral importance to American history, as told by a Pulitzer Prize–winning historian and Texas native Annette Gordon-Reed.

Weaving together American history, dramatic family chronicle, and searing episodes of memoir, Annette Gordon-Reed’s On Juneteenth provides a historian’s view of the country’s long road to Juneteenth, recounting both its origins in Texas and the enormous hardships that African-Americans have endured in the century since, from Reconstruction through Jim Crow and beyond. All too aware of the stories of cowboys, ranchers, and oilmen that have long dominated the lore of the Lone Star State, Gordon-Reed—herself a Texas native and the descendant of enslaved people brought to Texas as early as the 1820s—forges a new and profoundly truthful narrative of her home state, with implications for us all. 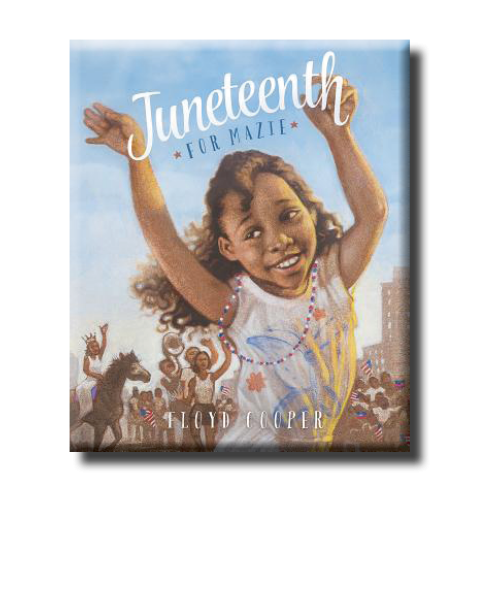 Juneteenth for Mazie
by Floyd Cooper 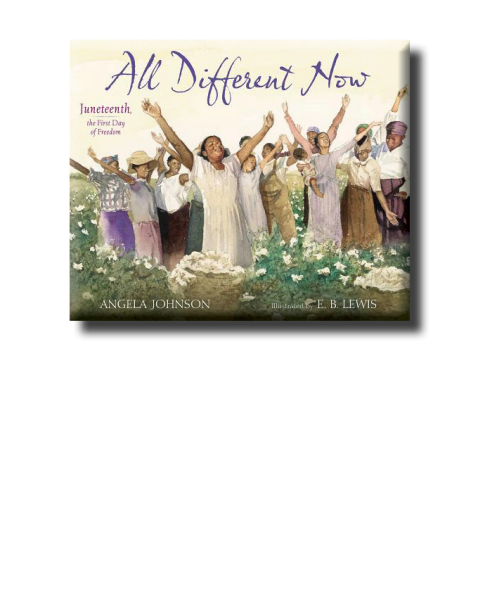 All Different Now: Juneteenth, the First Day of Freedom
by Angela Johnson, with illustrations by E.B. Lewis

►   Through the eyes of one little girl, All Different Now tells the story of the first Juneteenth, the day freedom finally came to the last of the slaves in the South. Since then, the observance of June 19 as African American Emancipation Day has spread across the United States and beyond. This stunning picture book includes notes from the author and illustrator, a timeline of important dates, and a glossary of relevant terms. Told in Angela Johnson’s signature melodic style and brought to life by E.B. Lewis’s striking paintings, All Different Now is a joyous portrait of the dawn breaking on the darkest time in our nation’s history. 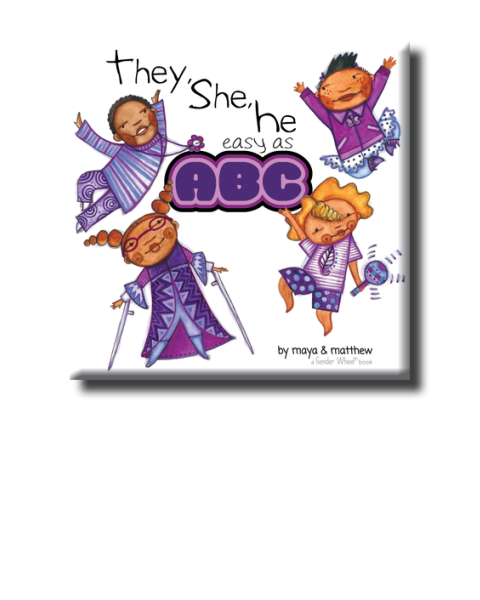 They, She, He Easy as ABC
by Maya Christina Gonzalez, Matthew Sg

►   They, She, He easy as ABC shows that including everyone is all part of the dance. It's easy. It's fundamental. As the dance begins the kids proclaim, "No one left out and everyone free," in a sing-song rhyme about inclusion. This sets the stage for readers to meet 26 kids showing us their dance moves. 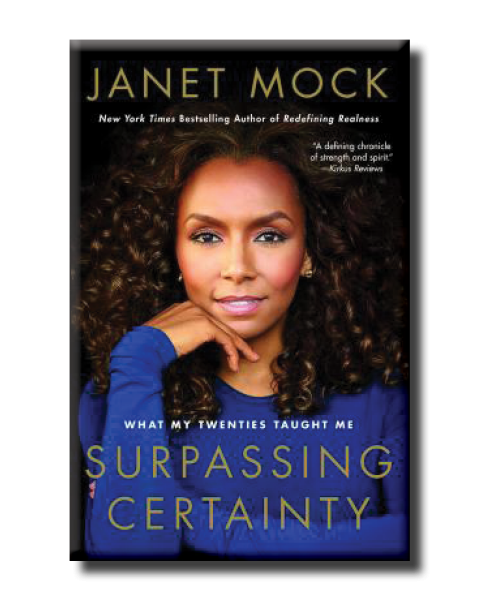 ►   Fueled by her dreams and an inimitable drive, Janet makes her way through New York City intent on building a career in the highly competitive world of magazine publishing—within the unique context of being trans, a woman, and a person of color. Hers is a timely glimpse about the barriers many face—and a much-needed guide on how to make a way out of no way.  Long before she became one of the world’s most respected media figures and lauded leaders for equality and justice, Janet learned how to advocate for herself before becoming an advocate for others. In this “honest and timely appraisal of what it means to be true to yourself” (Booklist), Surpassing Certainty offers an “exquisitely packaged gift of her experiences...that signals something greater” (Bitch Magazine). 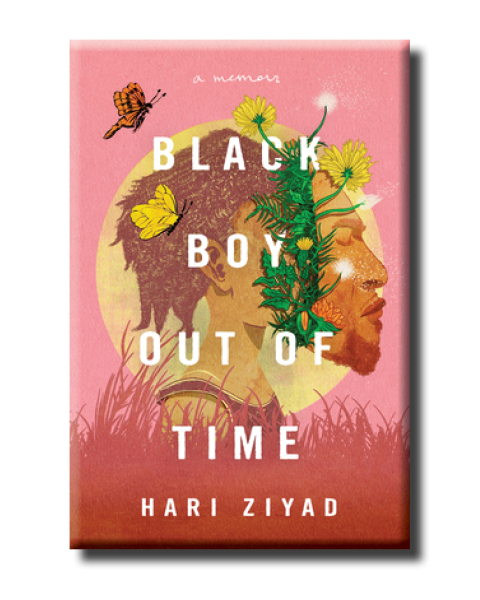 Black Boy Out of Time: A Memoir
by Hari Ziyad

►   One of nineteen children in a blended family, Hari Ziyad was raised by a Hindu Hare Kṛṣṇa mother and a Muslim father. Through reframing their own coming-of-age story, Ziyad takes readers on a powerful journey of growing up queer and Black in Cleveland, Ohio, and of navigating the equally complex path toward finding their true self in New York City. Exploring childhood, gender, race, and the trust that is built, broken, and repaired through generations, Ziyad investigates what it means to live beyond the limited narratives Black children are given and challenges the irreconcilable binaries that restrict them. 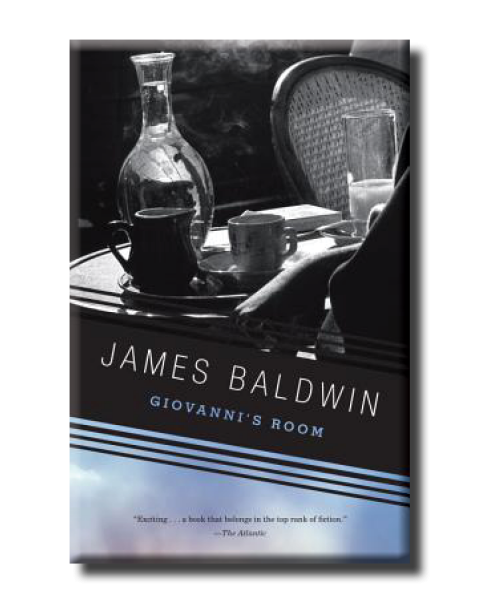 ►   In the 1950s Paris of American expatriates, liaisons, and violence, a young man finds himself caught between desire and conventional morality. With a sharp, probing imagination, James Baldwin's now-classic narrative delves into the mystery of loving and creates a moving, highly controversial story of death and passion that reveals the unspoken complexities of the human heart. 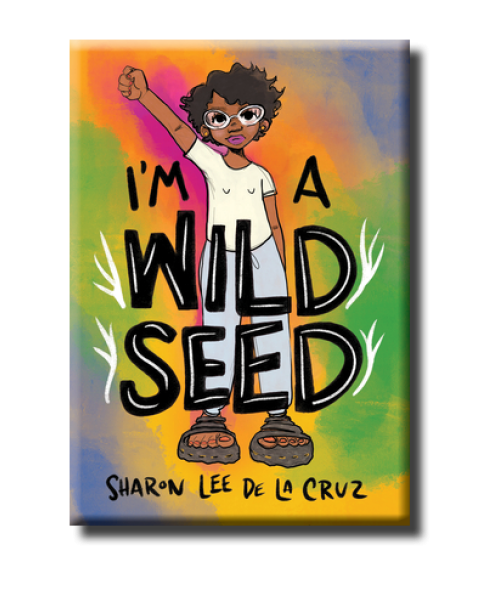 ►   In this delightfully compelling full-color graphic memoir, De La Cruz shares her process of undoing the effects of a patriarchal, colonial society on her self-image, her sexuality, and her concept of freedom. Reflecting on the ways in which oppression was the cause for her late bloom into queerness, we are invited to discover people and things in the author’s life that helped shape and inform her LGBTQ identity. And we come to an understanding of her holistic definition of queerness. 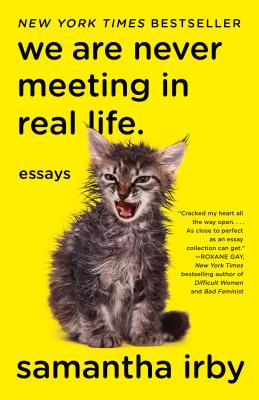 We Are Never Meeting In Real Life
by Samantha Irby

►    Whether Samantha Irby is talking about how her difficult childhood has led to a problem in making “adult” budgets; explaining why she should be the new Bachelorette (she's "35-ish, but could easily pass for 60-something"); detailing a disastrous pilgrimage-slash-romantic-vacation to Nashville to scatter her estranged father's ashes; sharing awkward sexual encounters; or dispensing advice on how to navigate friendships with former drinking buddies who are now suburban moms (hang in there for the Costco loot!); she’s as deft at poking fun at the ghosts of her past self as she is at capturing powerful emotional truths. 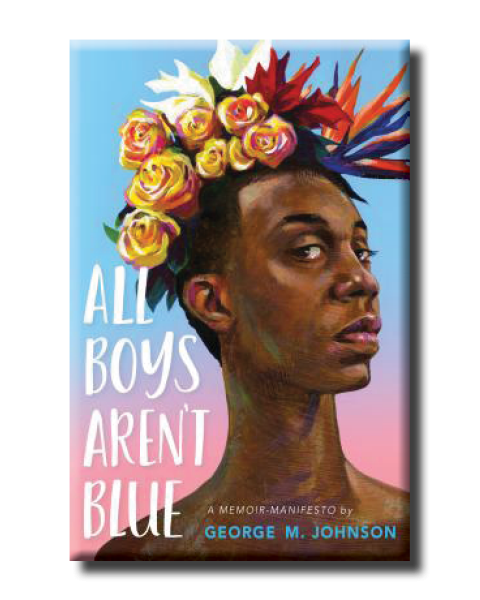 All Boys Aren’t Blue: A Memoir-Manifesto
by George M. Johnson