The goal of Hue-Man Experience at Tattered Cover is to help individuals, organizations and businesses that want to learn more about underrepresented titles and authors, have a trustworthy brand to source relevant material. Hue-Man Experience will source from all major and independent publishers, as well as conducting its own efforts to locate local talent.  Within Tattered Cover’s organization, Hue-Man Experience will focus on identifying, curating and recommending diverse authors, writers and artists, to ensure thoughtful representation from Black, Indigenous and People of Color throughout its stores.

The Black Experience in the United States has been an ongoing evolution of culture, success, and sociopolitical activism. The era of The Great Migration would be the steppingstone of prosperity as African Americans of the Rural south sought out autonomy and better economic opportunities.

Beginning in 1916 and lasting until 1970, The Great Migration was the relocation of more than 6 million African Americans to cities of the North, Midwest, and West. The need for industrial workers during the First World War and a yearning to escape the Jim Crow laws of the rural south, posed no greater chance for African Americans to redefine their experience.

During this time there would be an emergence of African American artists, writers, musicians, scholars, activists, and reimagined notions of African American Political Thought. The many trailblazers of this time would use their platforms to challenge societal and political issues revolving around race, economy, and justice. They would also create spaces like beauty salons and barbershops and founded other small businesses such as insurance and real estate companies where African Americans formulated community and assisted one another for the greater good. By 1970, more than half the United States African Americans resided in northern, western, and mid-western cities.

The Hue-Man Experience and the Tattered Cover invites you to embark on the many moments of the Black Experience. The following books have been curated to speak to the theme of The Great Migration, exploring African American narratives of prosperity, life, invention, and culture post the abolishment of slavery. 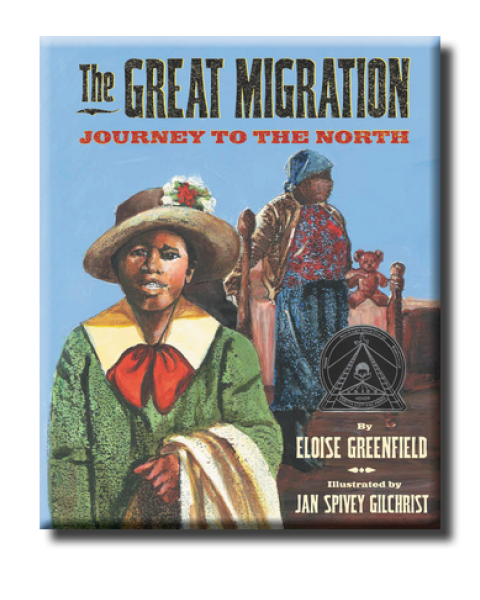 The Great Migration: Journey to the North
by Eloise Greenfield

►   Through a collection of poems with illustrations by Jan Spivey Gilchrist, Eloise Greenfield depicts the experiences and emotions of African American families that participated in The Great Migration of the 20th century.

Wandering in Strange Lands: A Daughter of the Great Migration Reclaims Her Roots
by Morgan Jerkins

►   Between 1916 and 1970, six million black Americans left their rural homes in the South for jobs in cities in the North, West, and Midwest - a movement known as The Great Migration. But while this event transformed the complexion of America and provided black people with new economic opportunities, Jerkins argues that it also disconnected them from their roots, their land, and their sense of identity. In this fascinating and deeply personal exploration, Jerkins recreates her ancestors’ journeys across America, following the migratory routes they took from Georgia and South Carolina to Louisiana, Oklahoma, and California. 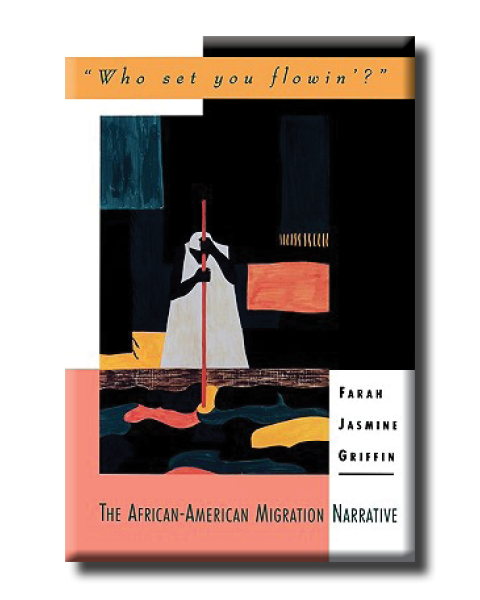 "Who Set You Flowin'?": The African-American Migration Narrative
by Farah Griffin

►   Twentieth-century America has witnessed the most widespread and sustained movement of African-Americans from the South to urban centers in the North. Who Set You Flowin'? examines the impact of this dislocation and urbanization, identifying the resulting Migration Narratives as a major genre in African-American cultural production. Griffin unearths the Migration Narratives as an essential African American cultural tradition - taking readers through literary texts, migrant correspondence, painting, photography, rap music, blues, and rhythm and blues, isolating the tropes of Ancestor, Stranger, and Safe Space, to portray the vast complexities within the migrant experience. 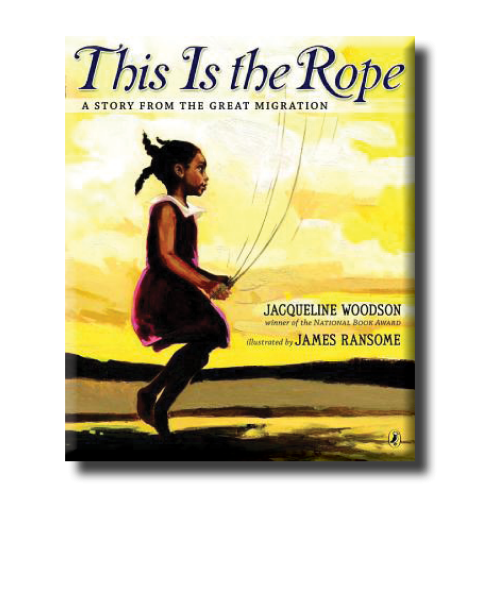 This Is the Rope: A Story from the Great Migration
by Jacqueline Woodson

►   Woodson creates a story of a family’s journey north during the Great Migration, starting with a little girl in South Carolina who finds a rope under a tree one summer. That rope becomes a part of her family history - past down for three generations - tying together the family’s belongings, used for games, and representing a path to a new life. 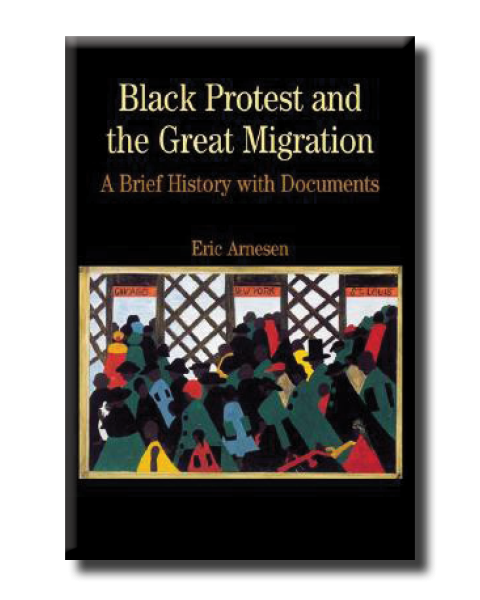 Black Protest and the Great Migration: A Brief History with Documents
by Eric Arnesen

►   In this collection of articles from a variety of northern, southern, black, and white newspapers, magazines, and books Eric Arnesen explores the “Great Migration” by analyzing the economic, political, and social structures of the Jim Crow south in conjunction with the grassroots movements and social activism of the north and the south. This activism helped to fuel prosperity during the war years and redefine the African American identity during the era of industrialization and urbanization.

Color Me Dark: The Diary of Nellie Lee Love, The Great Migration North
by Patricia McKissack

►   11-year-old Nellie Lee Love is getting ready to leave her home in Tennessee with her grandparents, to accompany her family in Chicago who moved in search of greater opportunities. Through Nellie’s personal accounts, we learn the importance of family values and living with love, as these factors play a huge role in helping Nellie get through her transition. Color me Dark is exemplary in explaining the emotions and experiences of adolescents that participated in Great Migration. More so, through Nellie, we learn about influential African American’s such as Ida B. Wells-Barnett and W.E.B. DuBois and great atrocities such as the Chicago Riot of 1919. 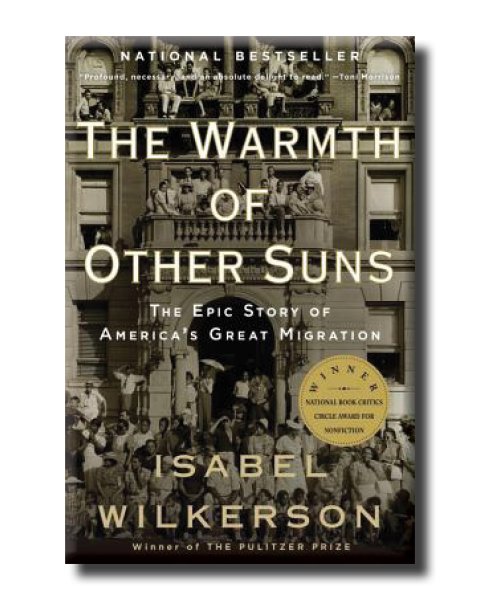 The Warmth of Other Suns
by Isabel Wilkerson

►   With stunning historical detail, Wilkerson tells a story of migration, the movement of Black people from South to North, through the lives of three unique individuals: Ida Mae Gladney, who in 1937 left sharecropping and prejudice in Mississippi for Chicago, where she achieved quiet blue-collar success; sharp and quick-tempered George Starling, who in 1945 fled Florida for Harlem, where he endangered his job fighting for civil rights, saw his family fall, and finally found peace in God; and Robert Foster, who left Louisiana in 1953 to pursue a medical career, the personal physician to Ray Charles as part of a glitteringly successful medical career. Wilkerson delves into the beauty and pain of Black people, the effects of movement, of success, of failures, all in pursuit of a better life. 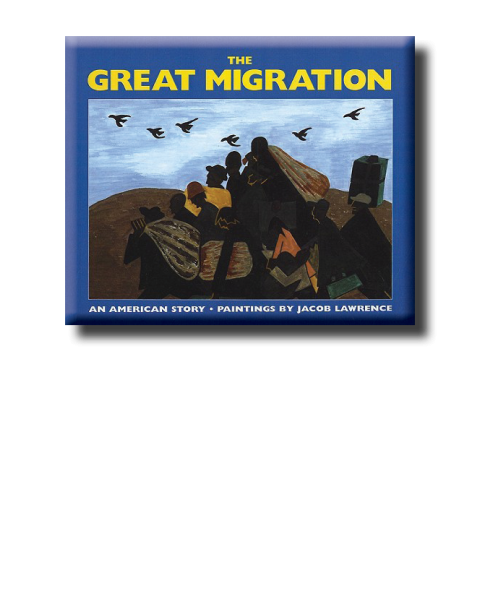 ►   Renowned artist Jacob Lawrence depicts the story of The Great Migration in a series of sixty panel paintings. Formally titled The Migration Series, Lawrence captures the movement of African Americans from rural southern states, to urban industrial cities in north and west. While this series was completed in 1941 at the start of the second Great Migration, Lawrence uses his paintings to speak to the broader “quest for freedom, equality, and opportunity that fuels ongoing patterns of migration around the world today. 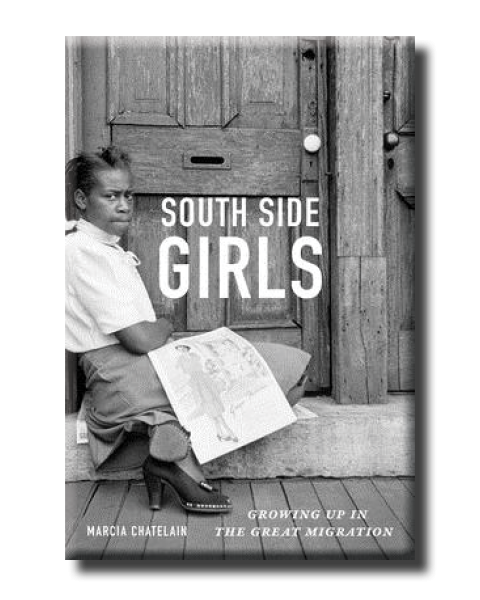 South Side Girls: Growing Up in the Great Migration
by Marcia Chatelain

►   Chatelain recasts Chicago's Great Migration through the lens of black girls. Focusing on the years between 1910 and 1940, when Chicago's black population quintupled, Chatelain describes how Chicago's black social scientists, urban reformers, journalists and activists formulated a vulnerable image of urban black girlhood that needed protecting. She argues that the construction and meaning of black girlhood shifted in response to major economic, social, and cultural changes and crises, and that it reflected parents' and community leaders' anxieties about urbanization and its meaning for racial progress. Girls shouldered much of the burden of black aspiration, as adults often scrutinized their choices and behavior, and their well-being symbolized the community's moral health. Referencing girls' letters and interviews, Chatelain uses their powerful stories of hope, anticipation and disappointment to highlight their feelings and thoughts, and in so doing, she helps restore the experiences of an understudied population to the Great Migration's complex narrative. 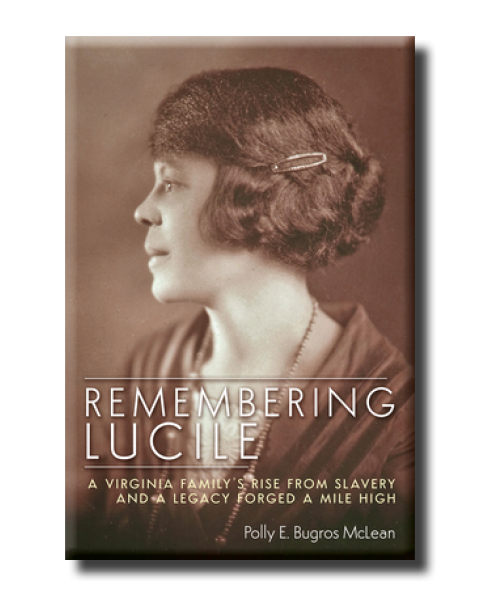 Remembering Lucile - A Virginia Family’s Rise from Slavery and a Legacy Forged a Mile High
by Polly E. Burgos McLean

►    Polly E. Burgos McLean uses the narrative of Lucile Berkeley Buchanan Jones to explore the rise of the African American middle class. From slavery in Northern Virginia to a new life in Colorado, Lucile Buchanan Jones is the first-born daughter of emancipated slaves. Refusing to be defined by the sexist and racist ideals of that time and confined to the treacherous laws of the Jim Crow South, Lucile used education to change her narrative as an African American woman. From personal history, McLean explores greater depictions of African American that concern race, class, education, gender, religion, and politics using a blend of Black feminist historiography. Remembering Lucile also depicts Colorado history, and the history of the University of Colorado and its Black Alumni. 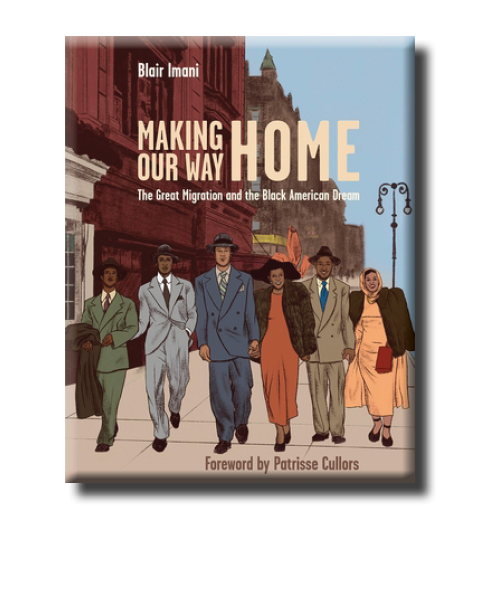 Making Our Way Home: The Great Migration and the Black American Dream
by Blair Imani 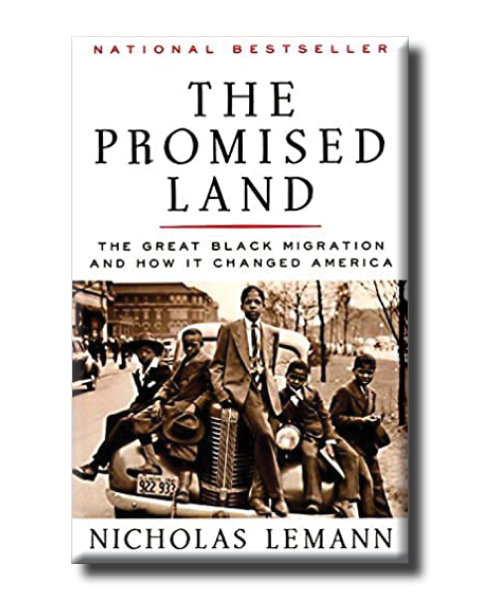 The Promised Land: The Great Black Migration and how it Changed America
by Nicholas Lemann

►    Focusing on the wave of migrants in the 1940s to the 1960s, Lemann analyzes families that left cotton plantations and small towns of the south to greater cities of opportunity in the north. More so, this analysis also explores how major politicians responded to the migration and failed to acknowledge its establishment until it was almost over. The Promised Land investigates how The Great Black Migrations altered politics and popular culture, offering an unnoted perspective of African American life and establishment in the United States. 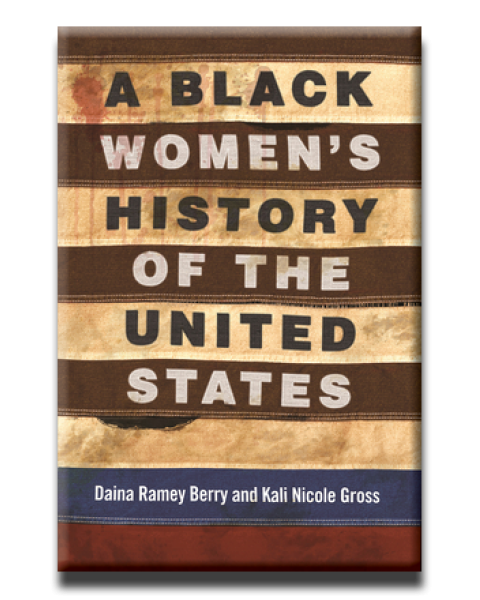 ►  "Beautifully researched book that tells little known stories about Black women in history.  I liked that it didn't feature a single narrative but encompasses the diaspora of Black women and all of our contributions." 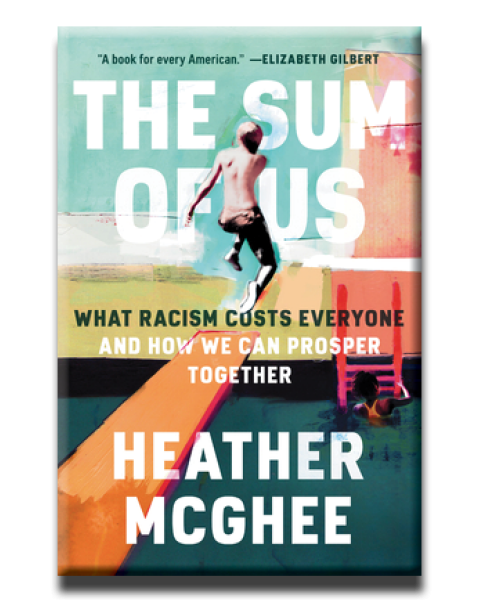 The Sum of Us: What Racism Costs Everyone and How We Can Prosper Together
by Heather McGHee

►  "I think this book is important and relevant today as a roadmap for the future. It historically catalogs the ingrained inequality and how racism impacts our economy from the financial crisis, student debt, collapsing infrastructure including energy and power resources. McGhee connects the dots demonstrating that as long those massive divisions remain we will all fail and  only through a collective cooperative effort can we all succeed."

“This is the book I’ve been waiting for.”—Ibram X. Kendi, #1 New York Timesbestselling author of "How to Be an Antiracist" 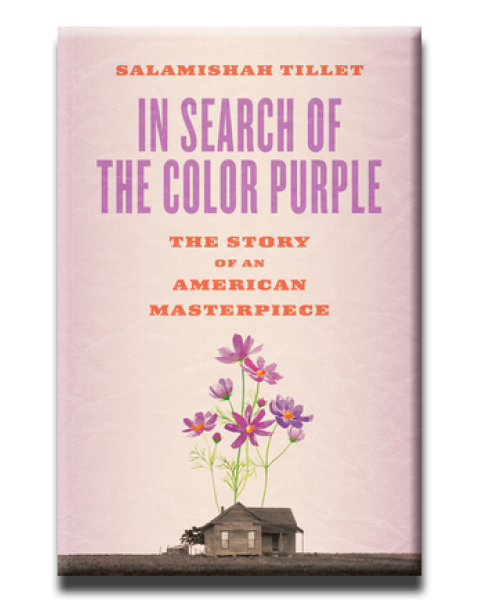 In Search of the Color Purple
by Salamishah Tillet

►  "I thought this was interesting the backstory and in depth analysis of such an iconic book." 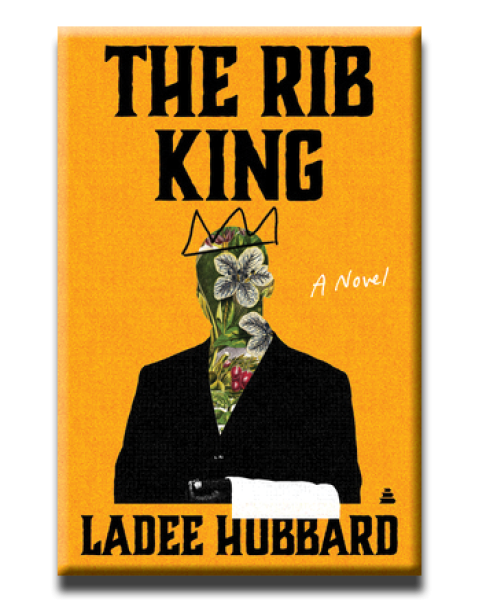 The Rib King
by Ladee Hubbard

►   "Very engaging contemporary novel, familiar yet original well told story. It explores  historical dynamics of class and race and how we often our story has been co-opted. It shines a harsh light on how greed and ambition can turn people into their worst selves." 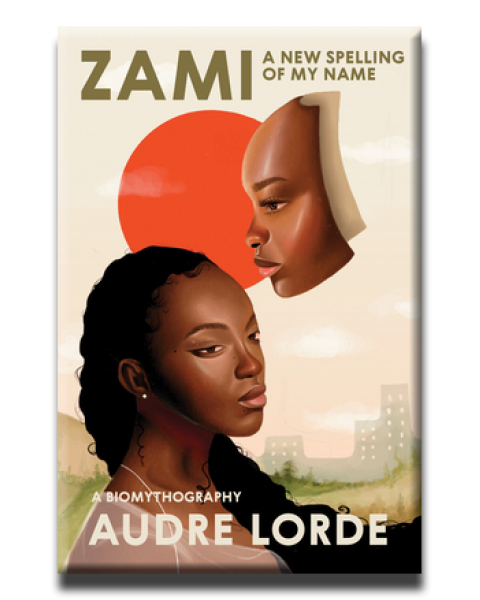 Zami: A New Spelling of My Name
by Audre Lorde

►   "Biomythography chronicles her life in Harlem and is particularly devoted to the women who “shaped” her." 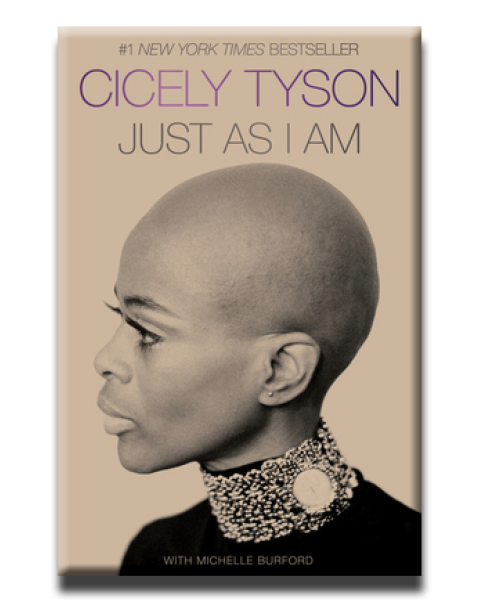 Just As I Am: A Memoir
by Cicily Tyson 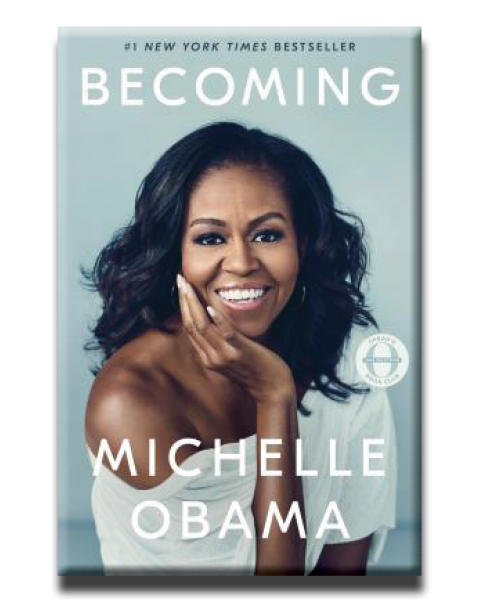 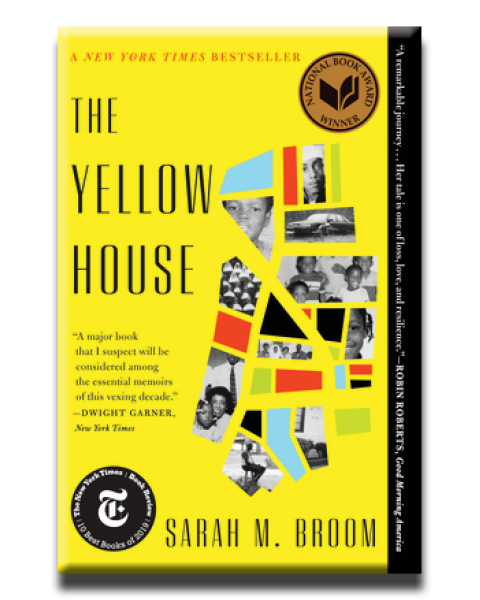