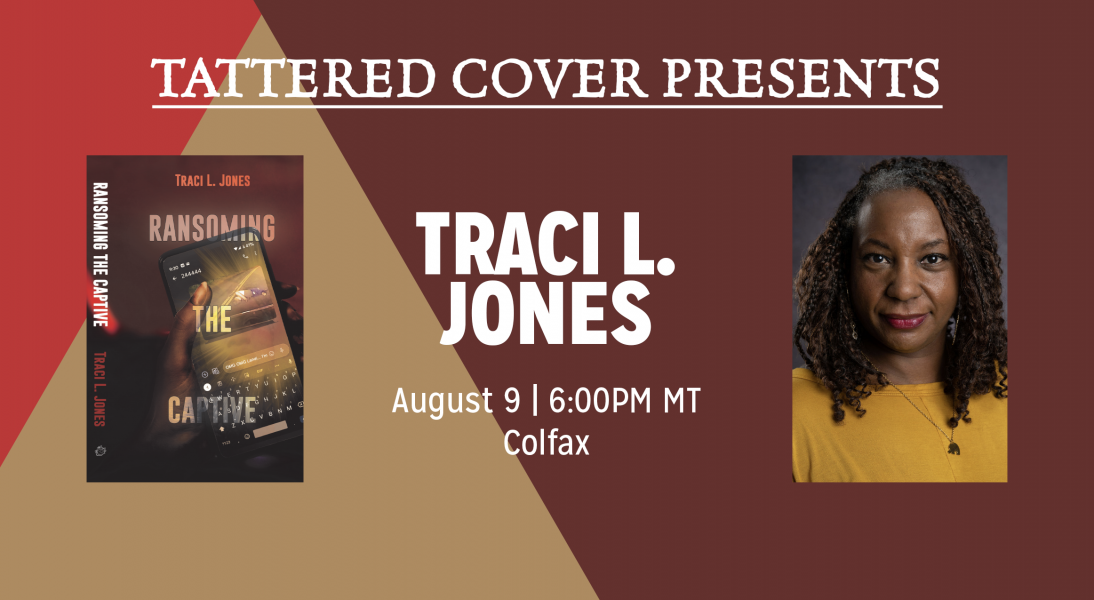 Tattered Cover is pleased to welcome Traci L. Jones to our Colfax location on August 9th at 6pm to read from, discuss, and sign her book Ransoming the Captive! This is a free, nonticketed event.

Jazz Sanders has killed her best friend, Landi. Not on purpose, but accidentally while driving home from a party. While most people, including Landi's parents, offer her sympathy and forgiveness, Jazz feels unworthy of either because Jazz has a secret about what she was doing before her best friend sailed through the windshield and died on the road.

Each day Jazz struggles to present a normal face to her family and everyone at school to avoid sympathy and therapy. And each day she thinks about how she no longer deserves love, human kindness, or forgiveness from anyone. Jazz finds herself seeking help at a nearby Catholic church, looking for some guidance in fighting her panic attacks and moments of soul-crushing self-blame.

There Jazz learns about absolution and embarks on a journey of self-forgiveness. She finally settles on trying to emulate the best of Landi by volunteering at the children's hospital where Landi spent every Friday after school. Can Jazz find a way to forgive herself or will she spend the rest of her life punishing herself for Landi's death?

Before launching a young adult novelist career, Traci L. Jones wrote articles for the local business magazines, In The Black and Emerging Markets.

Discovered in the slush pile by Beverly Reingold at Farrar, Straus, and Giroux (FSG), Traci L. Jones’ first YA novel, Standing Against the Wind, was published in 2006 and won the Coretta Scott King/John Steptoe New Talent Award.  Her second novel, Finding My Place also published by FSG in 2010. Her third novel, Silhouetted by the Blue (FSG), was released in July 2011 and received a starred review from Booklist.
Her fourth YA novel, Ransoming the Captive was released July of 2022 by Black Rose Writing.

She currently has two manuscripts represented by Metamorphosis Literary Agency and her agent, Amy Brewer.

In 2016, she began working as a creative writing instructor for the MFA program at Regis University.  She joined the instructor staff at Lighthouse Writing Workshop in March of 2020. In 2022 she began teaching a course on Young adult literature for the Honors College at the University of Colorado at Denver.

Traci L. Jones is the proud mother of four. She lives with her husband in Denver, Colorado