UPDATE: This event has been postponed! A new date will be announced soon. 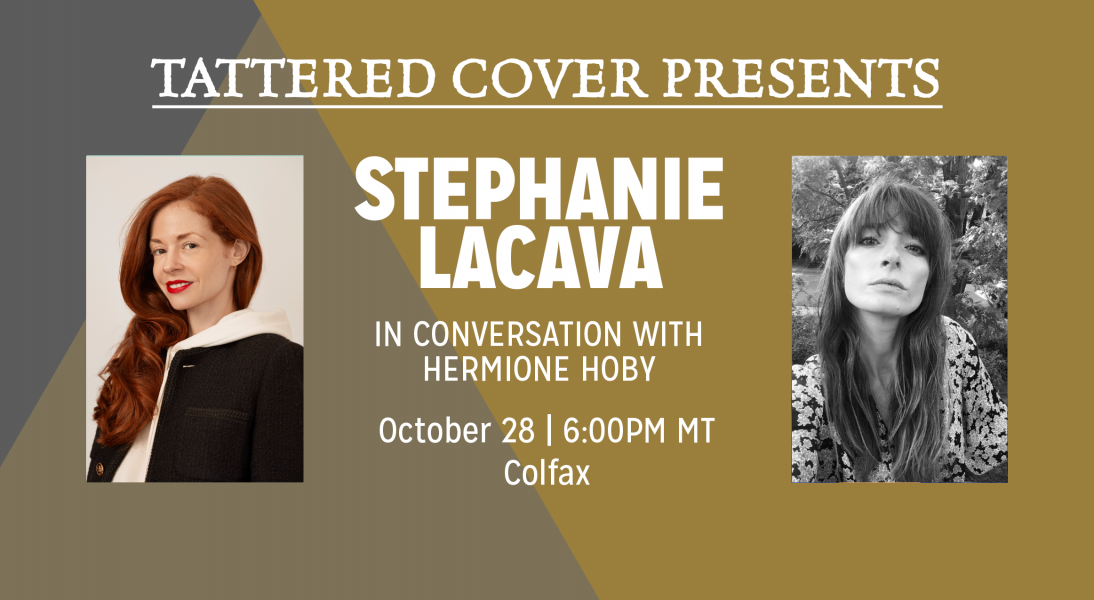 Tattered Cover is pleased to welcome Stephanie LaCava to our Colfax location on October 28th at 6pm! She will be in conversation with Hermione Hoby to discuss her new book I Fear My Pain Interests You. There will be a Q&A and signing line after the conversation. This event is free and open to the public.

Margot is the child of renowned musicians and the product of a particularly punky upbringing. Burnt-out from the burden of expectation and the bad end of the worst relationship yet, she leaves New York and heads to to the Pacific Northwest. She’s seeking to escape both the eyes of the world and the echoing voice of that last bad man. But a chance encounter with a dubious doctor in a graveyard, and the discovery of a dozen old film reels, opens the door to a study of both the peculiarities of her body and the absurdities of her famous family.

A literary take on cinema du corps, Stephanie LaCava’s new novel is an audaciously sexy and moving exploration of culture and connections, bodies and breakdowns.

Stephanie LaCava is a writer based in New York City. Her work has appeared in Harper's, Artforum, Texte zur Kunst, the New York Times, the New York Review of Books, Vogue, and Interview. Her debut novel, The Superrationals, was published by Semiotext(e) in 2020

Hermione Hoby is a cultural critic and author of the novels Neon in Daylight, a two-time New York Times editors’ choice, and Virtue, which was published last year by Riverhead Books with praise from Rachel Kushner, Jia Tolentino, Leslie Jamison and others. Her writing has appeared in Harper’s, the New Yorker, the New York Times, Bookforum, the Guardian, Vanity Fair, and elsewhere. Raised in south London, she spent ten years in New York, and now lives in Boulder, Colorado.

I Fear My Pain Interests You (Paperback)