- An Evening with NEIL GAIMAN -

Gaiman is an English author of short fiction, novels, comic books, graphic novels, nonfiction, audio theatre, and films. "I make things up and write them down" is the way Neil Gaiman describes his varied art. Today, as one of the most celebrated writers of our time, his popular and critically acclaimed works bend genres while reaching audiences of all ages.

His works include the comic book series The Sandman and novels Stardust, American Gods, Coraline, and The Graveyard Book. Gaiman's work has been honored with many awards internationally, including the Newbery and Carnegie Medals.  As The Times of London says, "His prose is simple but poetic, his world strange but utterly believable, ..."

CLICK HERE for tickets to Neil Gaiman at The Paramount Theatre 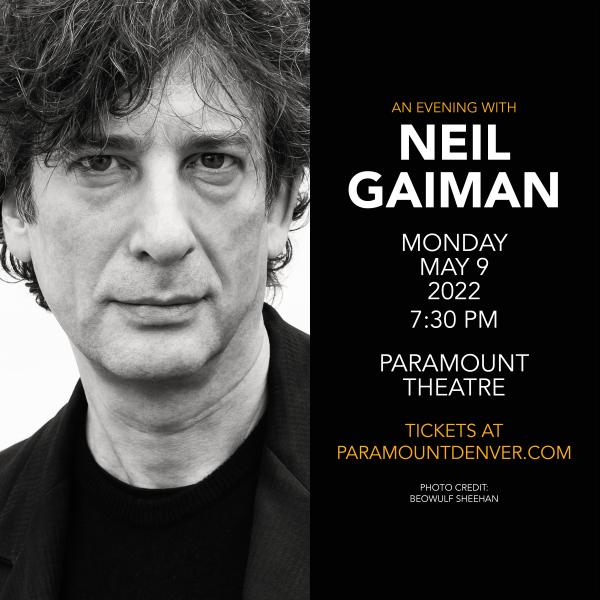 Ticket Limits:
There is an overall 8 ticket limit for this event.

CLICK HERE for tickets to Neil Gaiman at The Paramount Theatre