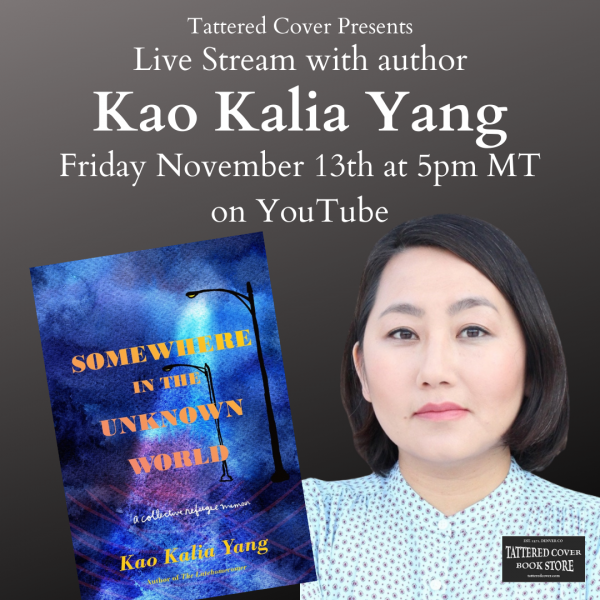 A Collection of Honest Stories from Refugees; A Memoir Book Talk

All over this country, there are refugees. But beyond the headlines, few know who they are, how they live, or what they have lost. Although Minnesota is not known for its diversity, the state has welcomed more refugees per capita than any other, from Syria to Bosnia, Thailand to Liberia. Now, with nativism on the rise, Kao Kalia Yang—herself a Hmong refugee—has gathered stories of the stateless who today call the Twin Cities home.

Here are people who found the strength and courage to rebuild after leaving all they hold dear. Awo and her mother, who escaped from Somalia, reunite with her father on the phone every Saturday, across the span of continents and decades. Tommy, born in Minneapolis to refugees from Cambodia, cannot escape the war that his parents carry inside. As Afghani flees the reach of the Taliban, he seeks at every stop what he calls a certificate of his humanity. Mr. Truong brings pho from Vietnam to Frogtown in St. Paul, reviving a crumbling block as well as his own family.

In Yang’s exquisite, necessary telling, these fourteen stories for refugee journeys restore history and humanity to America's strangers and redeem its long tradition of welcome.

She will be in conversation with Sarah Smarsh. Sarah Smarsh is a Kansas-based journalist who has reported for The New York Times, The Guardian, and many other publications. Her latest book is She Come By It Natural: Dolly Parton and the Women Who Live Her Songs. Her first book, Heartland: A Memoir of Working Hard and Being Broke in the Richest Country on Earth, was a finalist for the National Book Award. A 2018 research fellow at Harvard University’s Shorenstein Center on Media, Politics and Public Policy, Smarsh is a frequent speaker and commentator on economic inequality.

Somewhere in the Unknown World: A Collective Refugee Memoir (Paperback)