Tattered Cover is pleased to virtually welcome Emily X.R. Pan and Anna-Marie McLemore to celebrate their books An Arrow to the Moon and Lakelore!

This is virtual event that will be live streamed to YouTube! You can register below.

Emily X.R. Pan lives on Lenape land in Brooklyn, New York, but was originally born in the Midwestern United States to immigrant parents from Taiwan. Her debut novel, The Astonishing Color of After, was a New York Times bestseller, winner of the APALA Honor and Walter Honor awards, a finalist for the L.A. Times Book Prize, longlisted for the Carnegie Medal, and featured on over a dozen best-of-the-year lists. She received her MFA in fiction from the NYU Creative Writing Program, where she was a Goldwater Fellow and editor-in-chief of Washington Square. She was the founding editor-in-chief of Bodega Magazine, and went on to co-create the FORESHADOW platform and anthology. An Arrow to the Moon is her second novel. Visit Emily online at exrpan.com, and find her on Twitter and Instagram: @exrpan.

Anna-Marie McLemore was born in the foothills of the San Gabriel Mountains and taught by their family to hear la llorona in the Santa Ana winds. They are the author of The Weight of Feathers, a finalist for the 2016 William C. Morris Debut Award; 2017 Stonewall Honor Book When the Moon Was Ours, which was longlisted for the National Book Award in Young People’s Literature and was the winner of the James Tiptree Jr. Award; Wild Beauty, Blanca & Roja, Dark and Deepest Red, and The Mirror Season.

All Event orders will also come with a special pin from Emily X.R. Pan! 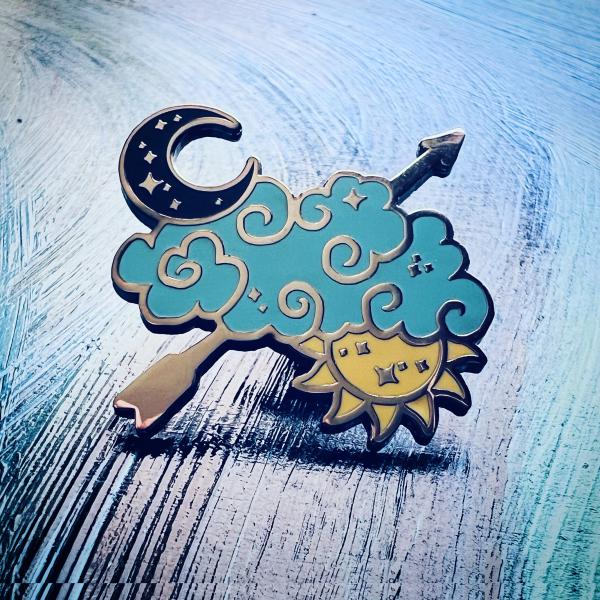