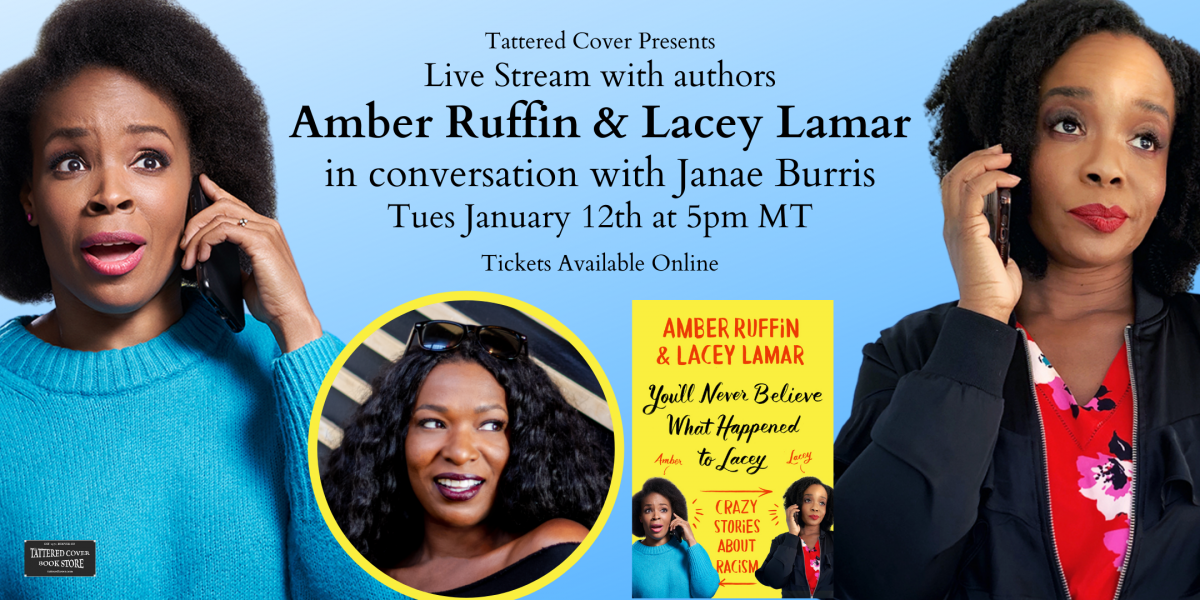 "An Eye-opening Look at how its Daily Targets Cope with Racism”; A Culture Book Talk

From racist donut shops to strangers putting their whole hand in her hair, from being mistaken for a prostitute to being mistaken for Harriet Tubman, Lacey is a lightning rod for hilariously ridiculous yet all-too-real anecdotes. She's the perfect mix of polite, beautiful, petite, and Black that apparently makes people think I can say "whatever I want to this woman". And now, Amber and Lacey share these entertainingly horrifying stories through their laugh-out-loud sisterly banter. Painfully relatable or shockingly eye-opening (depending on how often you have personally been followed by security at department stores), this book tackles modern-day racism with the perfect balance of levity and gravity.

Amber Ruffin is a writer and cast member on NBC's Late Night with Seth Meyers. She also amazingly became the first black woman to write for a late-night talk show in American history when she joined the staff in 2014, and was a writer/occasional performer on HBO's Black Lady Sketch Show. She has just launched her own late night show, The Amber Ruffin Show, on Peacock, the new NBC streaming service.

Lacey Lamar is Amber Ruffin's big sister. She has worked in the healthcare and human service field for more than 25 years, thirteen of those working with troubled youth in her community. She volunteers her time and resources to black, brown refugee and indigenous fellow humans in any way she can. Lacey lives in Nebraska with her unbelievable amazing daughter Imani and their 130lb Great Dane Izzy.

Janae Burris (Just For Laughs/NBC First Look) is a comedian, actor and event host as well as former cohost of The Denver Post’s Cannabist Show. She is a South Los Angeles native and a California Institute of the Arts alumna. Janae has worked with Local Theater Company, Colorado Shakespeare Fest & The Denver Center for Performing Arts. She’s opened for  Michael Che, Roy Wood Jr., Beth Stelling and Josh Blue to name a few. Janae has performed at Just For Laughs Montreal, Portland’s Bridgetown Comedy Festival, High Plains Comedy Festival and has headlined at Aspen Laugh Fest. She is a Comedy Works “Pro”, the first black woman promoted to the highly respected list, and was crowned Comedy Works New Faces Champ in 2016. Most recently Janae was chosen to receive a grant  through Spotify’s Sound Up Podcast Bootcamp and is currently developing her podcast Dead Daddy Issues. Janae is also a proud camp counselor for Athena Project where she teaches stand up comedy to teenage girls.

-- Tickets are $32.00 (plus tax and convenience fee), include a copy of You'll Never Believe What Happened to Lacey, shipping and handling to an address in the continental United States, and a link to the live stream.

--International Shipping is NOT available for this event. Books requested to be sent to international addresses will be automatically returned and refunded.