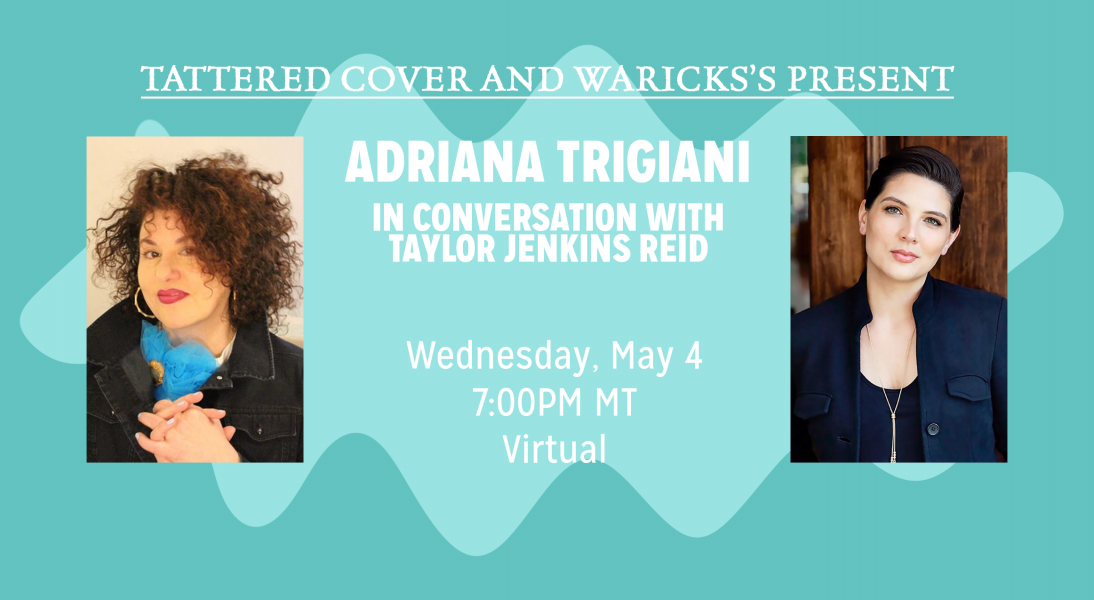 On Wednesday, May 4th at 7pm MT Tattered Cover, in partnership with Warwick's, will host Adriana Trigiani as she discusses her new book, The Good Left Undone, in conversation with Taylor Jenkins Reid. Adriana Trigiani is the New York Times bestselling author of twenty books of fiction and nonfiction, including The Shoemaker's Wife. Her books have been published in thirty-eight languages around the world. She is an award-winning playwright, television writer/producer, and filmmaker. Among her screen credits, Trigiani wrote and directed the major motion picture adaptation of her debut novel, Big Stone Gap. Adriana grew up in the Blue Ridge Mountains of Virginia, where she co-founded the Origin Project. Trigiani is proud to serve on the New York State Council on the Arts. She lives in New York City with her family.

From Adriana Trigiani, "a master of visual and palpable detail" (The Washington Post), comes a lush, immersive novel about three generations of Tuscan artisans with one remarkable secret. Epic in scope and resplendent with the glorious themes of identity and belonging, The Good Left Undone unfolds in breathtaking turns.

Matelda, the Cabrelli family's matriarch, has always been brusque and opinionated. Now, as she faces the end of her life, she is determined to share a long-held secret with her family about her own mother's great love story: with her childhood friend, Silvio, and with dashing Scottish sea captain John Lawrie McVicars, the father Matelda never knew...

In the halcyon past, Domenica Cabrelli thrives in the coastal town of Viareggio until her beloved home becomes unsafe when Italy teeters on the brink of World War II. Her journey takes her from the rocky shores of Marseille to the mystical beauty of Scotland to the dangers of wartime Liverpool - where Italian Scots are imprisoned without cause - as Domenica experiences love, loss, and grief while she longs for home. A hundred years later, her daughter, Matelda, and her granddaughter, Anina, face the same big questions about life and their family's legacy, while Matelda contemplates what is worth fighting for. But Matelda is running out of time, and the two timelines intersect and weave together in unexpected and heartbreaking ways that lead the family to shocking revelations and, ultimately, redemption.