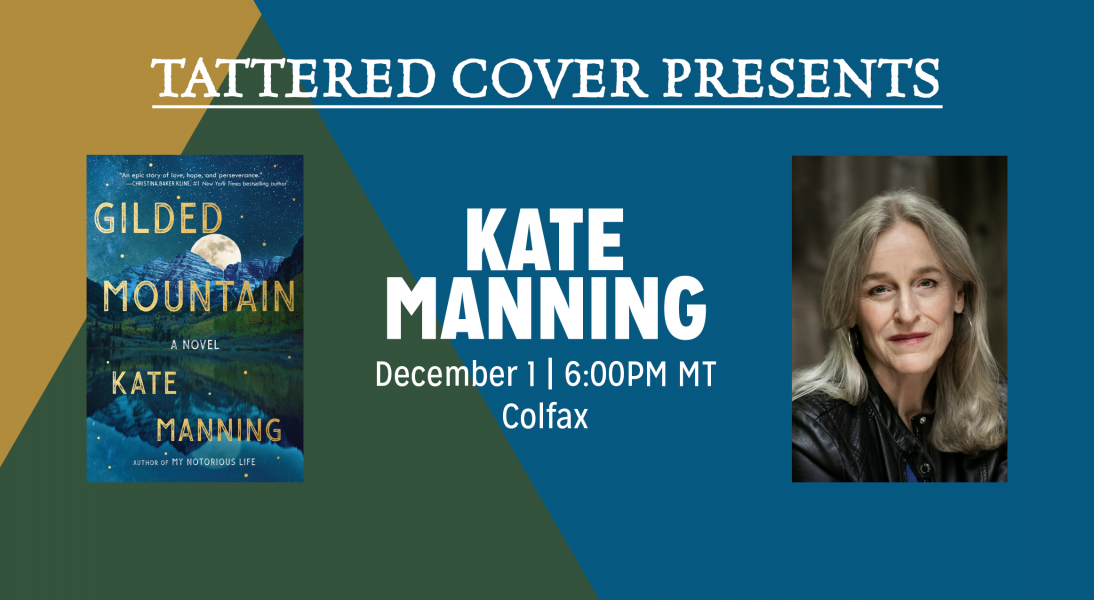 Tattered Cover is honored to present Kate Manning at our Colfax location on December 1st at 6:00pm for her The Gilded Mountain tour! This event is free and open to the public.

Set in early 1900s Colorado, the unforgettable tale of a young woman who bravely faces the consequences of speaking out against injustice.

In a voice spiked with sly humor, Sylvie Pelletier recounts leaving her family’s snowbound mountain cabin to work in a manor house for the Padgetts, owners of the marble-mining company that employs her father and dominates the town. Sharp-eyed Sylvie is awed by the luxury around her; fascinated by her employer, the charming “Countess” Inge, and confused by the erratic affections of Jasper, the bookish heir to the family fortune. Her fairy-tale ideas of romance take a dark turn when she realizes the Padgetts’ lofty philosophical talk is at odds with the unfair labor practices that have enriched them. Their servants, the Gradys, formerly enslaved people, have long known this to be true and are making plans to form a utopian community on the Colorado prairie.

Outside the manor walls, the town of Moonstone is roiling with discontent. A handsome union organizer, along with labor leader Mary Harris “Mother” Jones, is stirring up the quarry workers. The editor of the local newspaper—a bold woman who takes Sylvie on as an apprentice—is publishing unflattering accounts of the Padgett Company. Sylvie navigates vastly different worlds and struggles to find her way amid conflicting loyalties. When the harsh winter brings tragedy, Sylvie must choose between silence and revenge.

Drawn from true stories of Colorado history, Gilded Mountain is a tale of a bygone American West seized by robber barons and settled by immigrants, and is a story infused with longing—for self-expression and equality, freedom and adventure.

Kate Manning is the author of the critically acclaimed novels My Notorious Life and Whitegirl. A former documentary television producer and winner of two Emmy Awards, she has written for The New York Times, The Washington Post, the Los Angeles Times Book Review, Time, Glamour, and The Guardian, among other publications. She has taught creative writing at Bard High School Early College in Manhattan, and lives with her family in New York City.