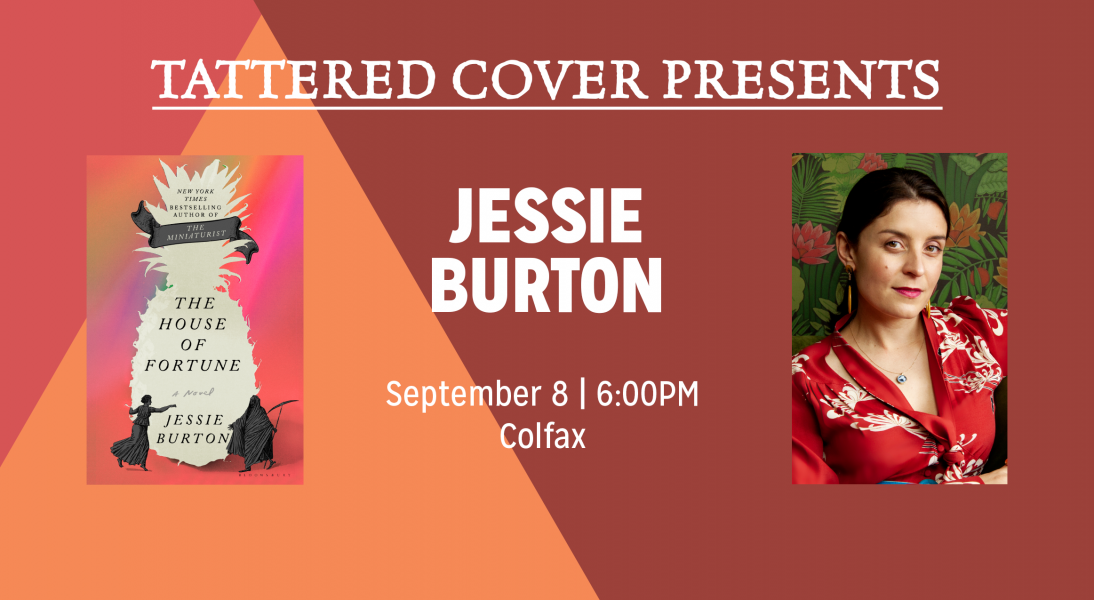 Tattered Cover is pleased to welcome Jessie Burton to our Colfax location on September 8th at 6pm to discuss and sign her book The House of Fortune! This is a free, nonticketed event.

Alive with the magic of 18th-century Amsterdam, an enchanting, fantastical stand-alone companion novel to the sensational New York Times bestseller The Miniaturist, which has sold over two million copies worldwide.

Amsterdam in the year 1705. It is Thea Brandt's eighteenth birthday. She is ready to welcome adulthood with open arms, but life at home is increasingly difficult. Her father Otto and her Aunt Nella argue endlessly over their financial fate, selling off furniture in a desperate attempt to hold on to the family home.

As catastrophe threatens to engulf the household, Thea seeks refuge in Amsterdam's playhouses. She loves the performances, and the stolen moments afterwards are even better. In the backrooms of her favorite theater, Thea can spend a few precious minutes with her secret lover, Walter, the chief set-painter, a man adept at creating the perfect environments for comedies and tragedies to flourish. The thrill of their hidden romance offers Thea an exciting distraction from home. But it also puts her in mind of another secret that threatens to overwhelm the present: Thea knows her birthday marks the day her mother, Marin, died in labor. Thea's family refuses to share the details of this story, just as they seem terrified to speak of “the miniaturist” - a shadowy figure from their past who is possessed of uncanny abilities to capture that which is hidden.

Aunt Nella believes the solution to all Thea's problems is to find her a husband who will guarantee her future. An unexpected invitation to Amsterdam's most exclusive ball seems like a golden opportunity. But when Thea finds, on her doorstep, a parcel containing a miniature figure of Walter, it becomes clear that someone out there has another fate in mind for the family . . .

A feat of sweeping, magical storytelling, The House of Fortune is an unputdownable novel about love and obsession, family and loyalty, and the fantastic power of secrets.

Jessie Burton studied at the University of Oxford and then went on to the Royal Central School of Speech and Drama. She is the author of three novels for adults, The Miniaturist (2014), The Muse (2016) and The Confession (2019), and is both a Sunday Times no. 1 bestseller and a New York Times bestseller. The Miniaturist sold a million copies worldwide in its first year and has also been adapted for television by the BBC. Jessie is now published in forty languages. Her first children's story, The Restless Girls, was published by Bloomsbury in 2018.

The House of Fortune (Hardcover)