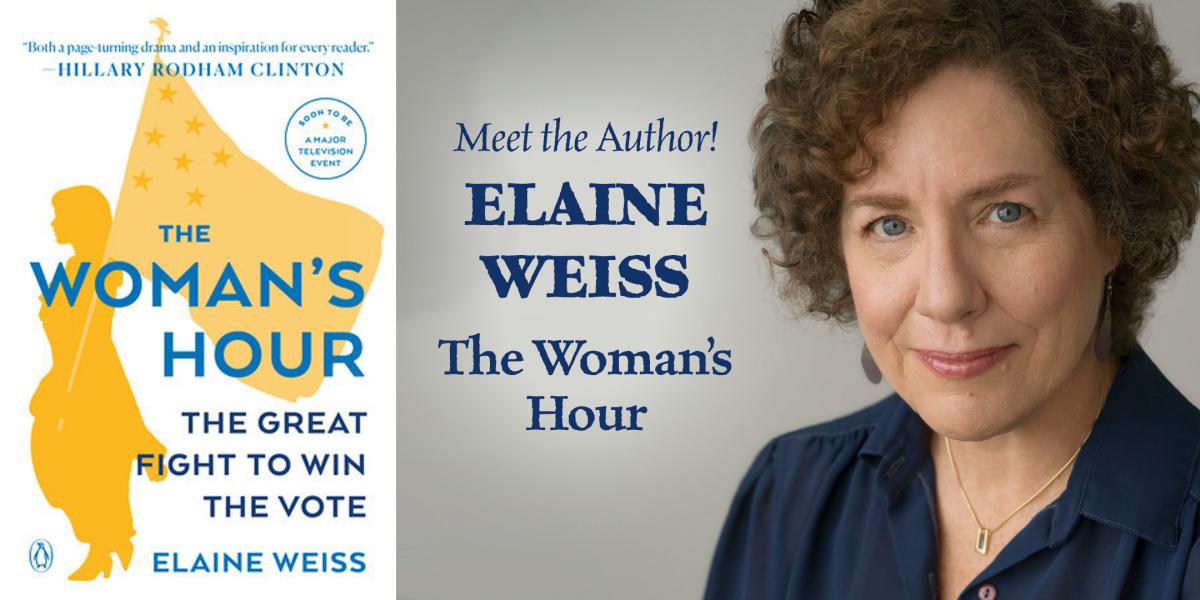 The Great Fight to Win the Vote, a Book Talk & Signing

Elaine Weiss is an award-winning journalist and writer whose work has appeared in The Atlantic, Harper's, The New York Times, and The Christian Science Monitor, as well as in reports and documentaries for NPR and Voice of America. She will discuss and sign The Woman's Hour: The Great Fight to Win the Vote ($18.00 Penguin Books).

Following a handful of remarkable women who led their respective forces into battle, along with appearances by Woodrow Wilson, Warren Harding, Frederick Douglass, and Eleanor Roosevelt, The Woman's Hour is an inspiring story of activists winning their own freedom in one of the last campaigns forged in the shadow of the Civil War, and the beginning of the great twentieth-century battles for civil rights.

The Woman's Hour: The Great Fight to Win the Vote (Paperback)