CANCELLED: Live Stream with Alex Sanchez - You Brought Me the Ocean 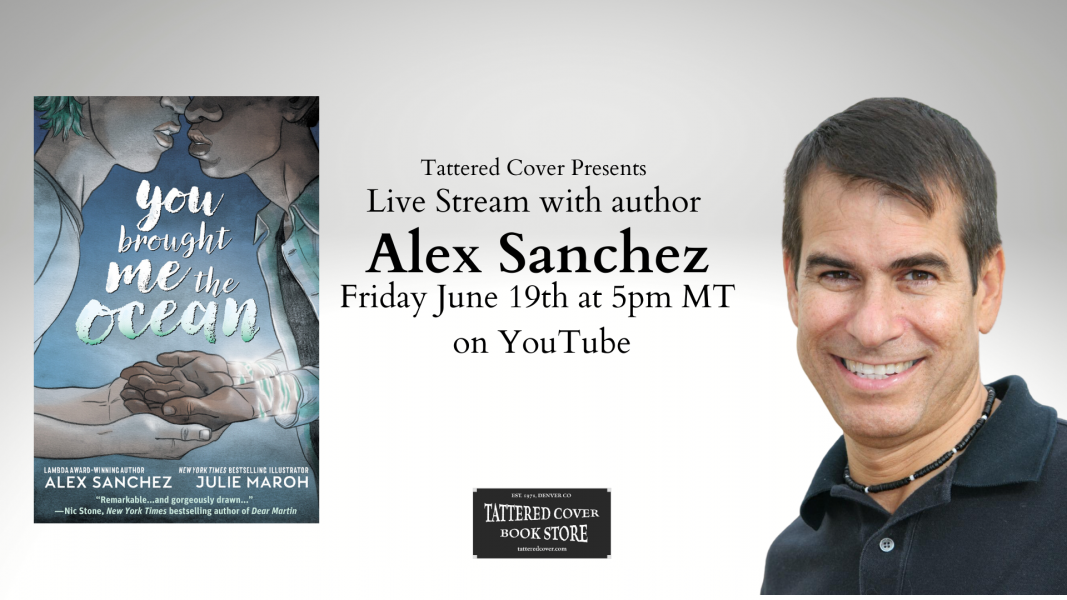 **This event has been cancelled**

Alex Sanchez has published eight novels, including the American Library Association “Best Book for Young Adults” Rainbow Boys and Lambda Award-winning So Hard to Say. His novel Bait won the Tomas Rivera Mexican-American Book Award and the Florida Book Award Gold Medal for Young Adult fiction. He will discuss You Brought Me the Ocean ($16.99 DC Comics).

You Brought Me the Ocean follows the story of Jake Hyde. Jake doesn't swim--not since his dad drowned. Luckily, he lives in Truth or Consequences, New Mexico, in the middle of the desert. Yet he yearns for the ocean and is determined to go to college on the coast. But leaving home would mean parting from his best friend Maria, who wants to stay and protect the desert, and breaking from his mom, who encourages him to play it safe.

But there's nothing "safe" about Jake's future--not when he's attracted to Kenny Liu, swim team captain and rebel against conformity. And certainly not when Jake secretly applies to the University of Miami. And those aren't the biggest of Jake's secrets, which include the strange blue markings on his skin that glow when in contact with water.

What power will Jake find when searching for the truth of his identity, and will he accept the consequences of coming out--in more ways than one--to his mom, Maria, and the world?

You Brought Me The Ocean (Paperback)