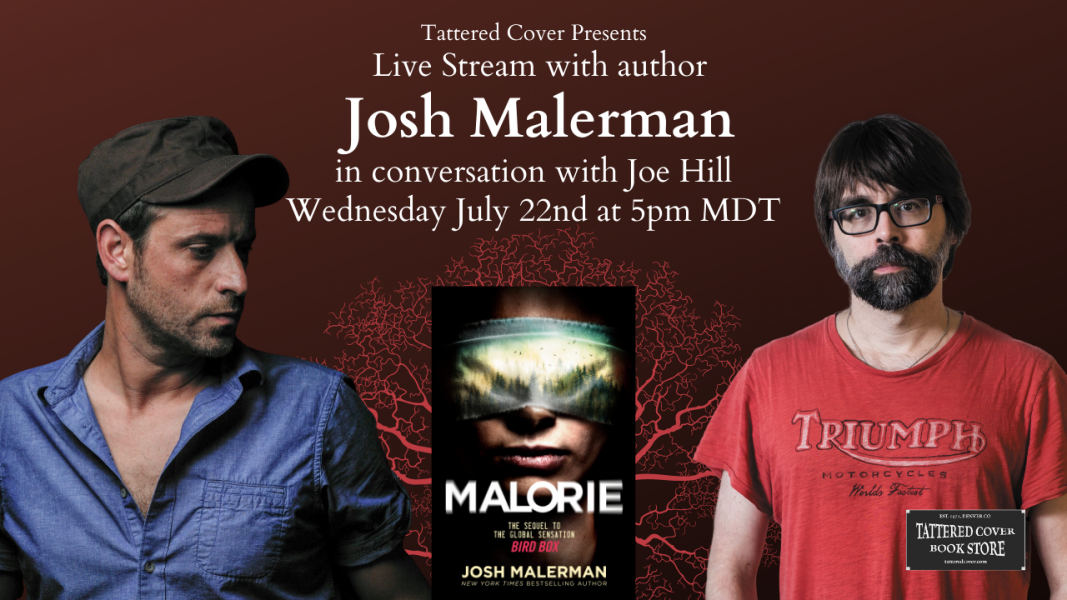 **This event has been cancelled**

A Thrilling Sequel to Bird Box, a Fiction Book Discussion

Josh Malerman is a New York Times bestselling author. His debut novel, Bird Box, is the inspiration for the hit Netflix film of the same name. He will discuss Malorie: A Bird Box Novel ($28.00 Del Rey). In this thrilling sequel to Bird Box, Malerman brings unseen horrors to life. Twelve years after Malorie and her children rowed up the river to safety, a blindfold is still the only thing that stands between sanity and madness. One glimpse of the creatures that stalk the world will drive a person to unspeakable violence. But then comes what feels like impossible news. And with it, the first time Malorie has allowed herself to hope. Someone very dear to her, someone she believed dead, may be alive.There remains no explanation. No solution.

Malerman will be in conversation with Joe Hill, author of several bestselling novels, including Full Throttle: Stories ($18.99 William Morrow Paperbacks), a collection of thirteen relentless tales of supernatural suspense, including “In the Tall Grass,” one of two stories cowritten with Stephen King and the basis for the terrifying feature film from Netflix.