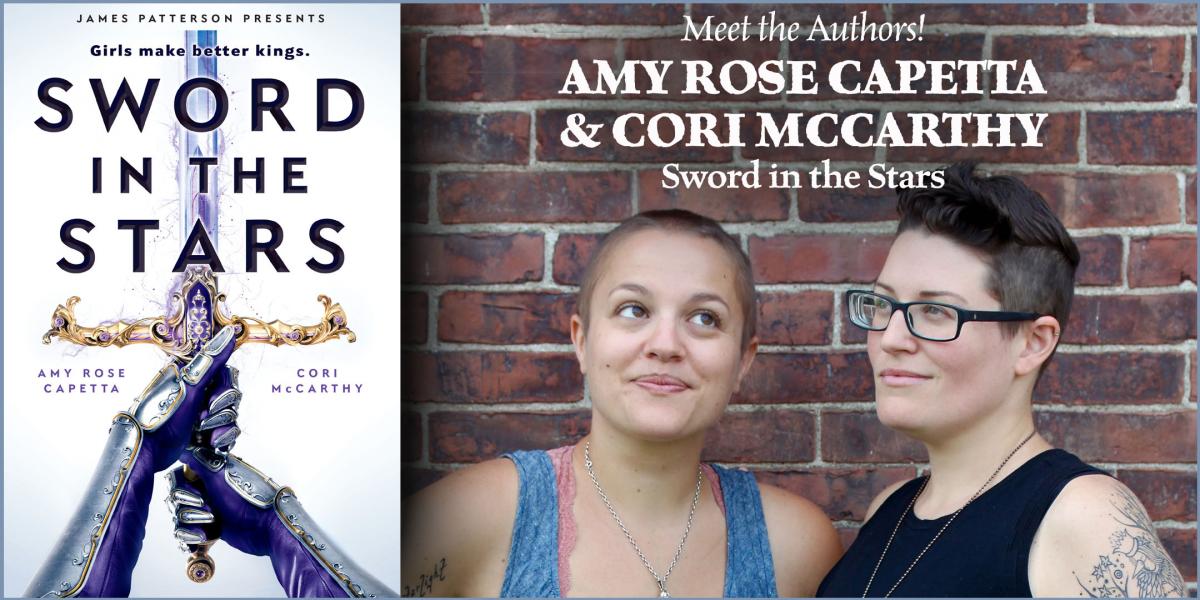 **Unfortunately, this event has been cancelled.

Cori McCarthy is the author of four young adult books, including Breaking Sky, which received multiple starred reviews and is in development to become a film by Sony Pictures. Amy Rose Capetta is the author of many young adult novels including Entangled, Unmade, and The Brilliant Death. They will discuss and sign Sword in the Stars: A Once & Future Novel ($18.99 Jimmy Patterson). In this epic sequel to Once & Future, Ari and her Rainbow knights pull off a heist...thousands of years in the past.

Ari Helix may have won her battle against the tyrannical Mercer corporation, but the larger war has just begun. Ari and Merlin must travel back in time to the unenlightened Middle Ages and steal the King Arthur's Grail. It's imperative that the time travelers not skew the timeline and alter the course of history. Coming face-to-face with the original Arthurian legend could produce a ripple effect that changes everything.

This event is cancelled.

Sword in the Stars: A Once & Future Novel (Hardcover)