True North, Down South: Tales of a Professional Canadian in America (Paperback) 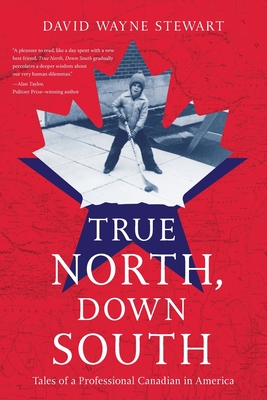 True North, Down South: Tales of a Professional Canadian in America (Paperback)

Stewart's Canadian identity was contested by Quebec separatists when he was a child, then again in his adult life as an immigrant to the United States. Along the way, he found himself homesick in the U.S., opening an immigration law clinic in North Carolina before he was thrust unexpectedly into a role as a "professional Canadian."

In engaging and compelling prose, True North, Down South tells twenty-eight insightful and sometimes humorous personal stories of growing up in Canada and carving out an adult life in the United States. Stewart details spending his childhood in an asbestos mining town in 1970s Quebec, coming of age in Montreal, establishing roots in the United States, and promoting Canadian-American relations in Silicon Valley. Charming and approachable, this collection leaves readers with a deeper awareness of what it feels like to be an outsider, a homesick immigrant, and a bridge-builder for two nations more culturally distinct than they appear.