War and Wrens: Book 3 of The Tales of Zren Janin (Paperback) 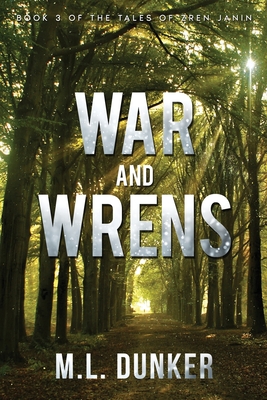 War and Wrens: Book 3 of The Tales of Zren Janin (Paperback)

It has been two years since Zren Janin was found on the road to Aldi. He has found a family and a place to belong with the Conrosans at Manumina, and now that home is threatened. In desperation, he writes Ngahuru, the great Softfoot of the West Islands. He tells her war has come to Kerek and the Kereki army has tried to burn them out at Manumina. He asks for help to keep his people safe.

Instead of a letter in return, Ngahuru comes to Manumina in another maskovesto. She brings her information gatherers and street runners from her time in Kerek City years before. They are tailors and shopgirls, mimics, pickpockets, and beggars. They can hide in plain sight, and have fingers so light, documents, maps, or coins can disappear into their pockets like dew during the Dry. They wear the faces of every country in the known world. They are between the ages of 12 and 20, and they are ready to overthrow a corrupt King and win a new life for themselves.

Because for Ngahuru, revenge is a dish best served cold.

War and Wrens is the third book in The Tales of Zren Janin series. A story of fantasy, adventure, war, and the road to understanding how to accept those that are different-including ourselves. A story of softfoots and soldiers, rescues and redemption in an alternate world with multiple cultures, languages, political intrigue, and mythology.