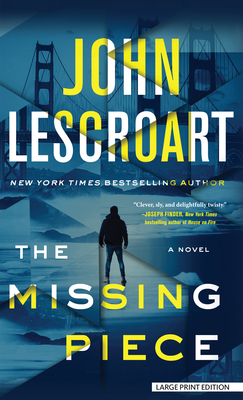 This is book number 19 in the Dismas Hardy series.

The beloved New York Times bestselling Dismas Hardy series returns with this "perfect piece of entertainment from a master storyteller" (Steve Berry, New York Times bestselling author) about a relentlessly twisty murder mystery. No one mourned when San Francisco DA Wes Farrell put Paul Riley in prison eleven years ago for the rape and murder of his girlfriend. And no one is particularly happy to see him again when he's released after The Exoneration Initiative uncovered evidence that pinned the crime on someone else. In fact, Riley soon turns up murdered, surrounded by the loot from his latest scam. But if Riley was really innocent all along, who wanted him dead? To the cops, it's straightforward: the still-grieving father of Riley's dead girlfriend killed the former prisoner. Farrell, now out of politics and practicing law with master attorney Dismas Hardy, agrees to represent the defendant, Doug Rush--and is left in the dust when Rush suddenly vanishes. At a loss, Farrell and Hardy ask PI Abe Glitsky to track down the potentially lethal defendant. The search takes Glitsky through an investigative hall of mirrors populated by wounded parents, crooked cops, cheating spouses, and single-minded vigilantes. As Glitsky embraces and then discards one enticing theory after another, the truth seems to recede ever farther. So far that he begins to question his own moral compass in this "superb thriller from a veteran crime writer" (Jeffery Deaver, New York Times bestselling author) that you'll savor to the last word.
John Lescroart is the New York Times bestselling author of twenty-nine previous novels, including the The Rule of Law, Poison, and Fatal. His books have sold more than ten million copies and have been translated into twenty-two languages. He lives in Northern California.