The Tale of Mr. Tod (Paperback) 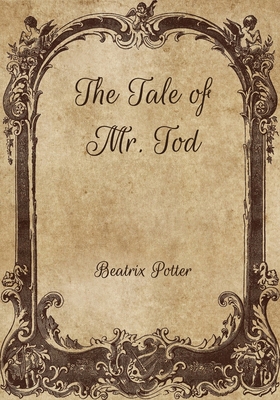 The Tale of Mr. Tod (Paperback)


Title unavailable, please email for information.
The tale is about a badger called Tommy Brock and his neighbour Mr. Tod, a fox. Brock kidnaps the children of Benjamin Bunny and his wife Flopsy, and hides them in an oven in the home of Mr. Tod. When the fox discovers the badger asleep in his bed, the two come to fisticuffs, and Benjamin and Peter Rabbit take advantage of the moment to rescue the bunnies. The tale was influenced by the Uncle Remus stories, and was set in the fields of Potter's Castle Farm. The tale is critically considered one of Potter's "most complex and successful in plot and tone.