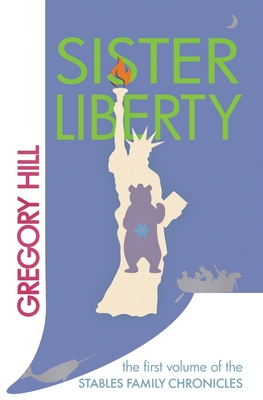 Their American Dream was simply to survive. They managed considerably more than that.

With its cast of obedient romantics, mystical nutbags, and adorable cynics, Sister Liberty is the rollicking, thunderous introductory volume to The Stables Family Chronicles.

In 1885, murderous circumstances force two lesbian widows and a child-philosopher to flee their French village for a new life in Indiana, USA. There, they are welcomed by the Solemnites, a benvolent, quasi-cult that forbids pleasure.

Life is upended when the Solemnites are tapped to host the All-Tent Revival which bills itself as a "multi-denominational marketplace for God." A better description would be "a time-bomb composed of two-hundred rival factions of late-19th-century American crack-pot religious sects."

Three guesses as to who sets off that bomb.

Get ready for an inspirational, satirical, cross-Atlantic anthem to freedom, equality...and sisterhood.