Maddock and the Great Liberation (Paperback) 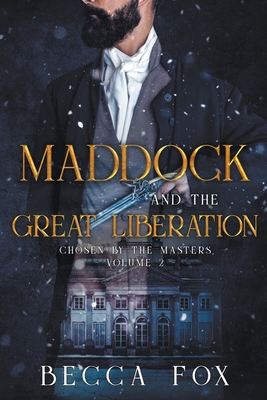 Maddock and the Great Liberation (Paperback)

When Maddock returns from his time in the armed forces, he's hailed as a hero because he defended the region's largest iron ore deposit against Holgarian invaders. But all Maddock sees in the mirror is a coward, one who will never be able to make amends for his secret failure on the battlefield. Determined to try, he sets off to fulfill a promise he made to Byx, his departed brother-in-arms.

Belhina has been skating by on her earnings and the money her twin, Byx, sent home. Now that he's gone, she has a choice to make: find yet another job to supplement his wages or get married. Her best friend and the son of the town's clockmaker are both ready to take her to the church but, for Belhina, finding another job is the more preferable option. Then Maddock approaches her, offering his home and his wealth while asking for nothing in return. Because Belhina has read about the strapping young aristocrat in her brother's letters, she knows she can trust Maddock. So she accepts his proposal. As if marriage to a stranger wasn't hard enough, a spell falls over the couple that makes them switch bodies at the midnight toll. This could only be the work of a celestial being but are they friend or foe, and what reason could they have for this interference?