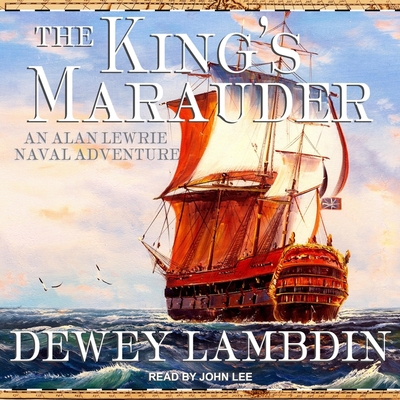 This is book number 20 in the Alan Lewrie Naval Adventures series.

The year 1807 starts out badly for Captain Alan Lewrie, Royal Navy. In The King's Marauder, his frigate HMS Reliant has a new captain, he's living at his father's estate at Anglesgreen, among spiteful neighbors and family, and he's recovering from a wound suffered in the South Atlantic. At last, there's a bright spot. When fit, Admiralty awards him a new commission; not a frigate but a clumsy, slow two-decker fourth-rate fifty. Are his frigate days over for good? Lewrie's ordered to Gibraltar, but Foreign Office Secret Branch's spies and manipulators have use for him, again HMS Sapphire is the wrong ship for the task, raising chaos and mayhem along the Spanish coasts, and servicing agents and informers. And, what he's ordered to do needs soldiers, landing craft, and a transport ship, all of which he doesn't have, and must find a way to finagle it all. He could beg off and say that it's asking too much, but . . . Alan Lewrie is not a man to admit failure and defeat, and his quest might prove the most daunting of his long naval career.