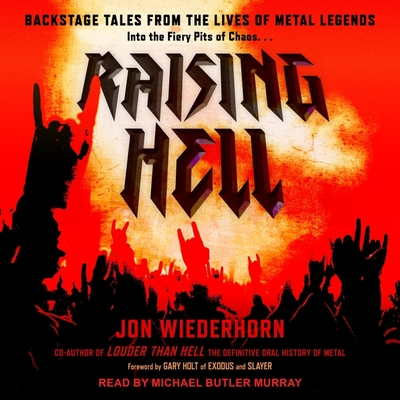 
Email or call for price. Handling fee may apply.
From the author of Louder Than Hell comes an oral history of the badass Heavy Metal lifestyle--featuring metalhead musicians from Black Sabbath and Judas Priest to Twisted Sister and Quiet Riot to Disturbed, Megadeth, Throwdown, and more. In his song You Can't Stop Rock and Roll Ozzy Osbourne sings, Rock and roll is my religion and my law. And that's why Raising Hell is a must-have for anyone who wants to hear about the iconoclastic culture of headbangers and the wild lives they lead. The book contains the crazy, funny, and sometimes horrifying anecdotes musicians have told about a lifestyle both invigorating and at times self-destructive. The metal genre has always been populated by colorful individuals who have thwarted convention and lived by their own rules. For many, vice has been virtue, and the opportunity to record albums and tour has been an invitation to push boundaries. Even before they joined bands, the urge for metalheads to rebel and a seemingly contradictory need to belong was ingrained in their DNA. Whether they were oddballs who didn't fit in or angry kids from troubled backgrounds, metal gave them a sense of identity and became more than a form of music. Contains mature themes.