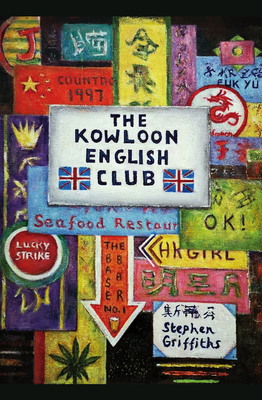 
On Our Shelves Now
Asia, 1996. What do you do when you have failed to find the meaning of life in India, your money has run out, your girlfriend has gone, and prospects at home are limited? Go further east, young man Meet Joe Walsh, a backpacker who is determined to put a wayward life behind him and make it big in Hong Kong, where fortune still favours the British and opportunities are there for the taking. In the final full year of British-ruled Hong Kong, tourists and hordes of transient workers are exploiting the economy as well as the occasion.Arriving almost penniless, with issues in love and life, Joe decides to make the most of this opportunity: he discovers one of the world's most exciting cities, finds challenging new jobs, makes friends with an extraordinary cast of characters, and dates local women. He finds himself absorbed into a vibrant social scene through the communal existence of a travellers' hostel, where drink, drugs and casual sex are a way of life. A stint selling sandwiches gives way to an English-teaching job, where he can at last start to live out his ambitions. But an already stressful existence worsens after a night out goes wrong. As personal relationships sour and the pressures of long hours, minimum pay, classroom clashes and abject living conditions mount, Joe is forced to confront people he wishes he'd never met, face hazards that are not signposted, and answer important questions that cannot be put off a moment longer.
Stephen Griffiths is inspired by his experiences in the Far East, where he taught English as a foreign language. His fascination with people, places and cultures drew him first to Morocco, then to Pakistan and India in the 1990s before landing in Hong Kong, where he remained for the next seven years.As well as The Kowloon English Club, he has written a play called Civic Duties and articles for newspapers and magazines in the UK. Aside from work, travel and writing, he keeps himself occupied by rambling in the countryside, playing and coaching football and, just recently, studying psychology. For the time being, Stephen lives in an unpopular tower block in Stevenage, but he doesn't mind. After all, he's known worse.