People in Spite of History: Stories Found in an Attorney Archive in the Banat Region (Paperback) 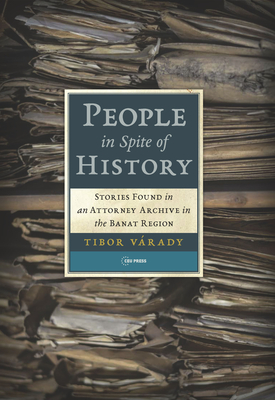 People in Spite of History: Stories Found in an Attorney Archive in the Banat Region (Paperback)

Three generations of a family of lawyers have run a firm founded in 1893 in the small city of Becskerek (today in Serbian Zrenjanin), first part of the Austro-Hungarian Habsburg monarchy, then Hungary, then Yugoslavia, then for a while under German occupation, then again part of Yugoslavia and finally Serbia. In the Banat district of the province of Vojvodina, the multiplicity of languages and religions and changes of place-names was a matter of course.

What is practically unprecedented, all files, folders and documents of the law office have survived. They concern marriages, divorces, births and testaments, as well as expulsions, emigrations, incarcerations and releases of these largely rural and small-town dwellers. Mundane cases reflect times through war, peace, revolution and counter-revolution, through serfdom and freedom, through comfort and poverty. The files also show everyday lives shaped in spite of history. Tibor V rady transforms them into affecting and vivid vignettes, selecting and commenting without sentimentality but with empathy. The law office of the three generations of the V rady family demonstrates that the legal profession permits and in difficult times even requires its members to defend the ordinary men and women against the powers of state and society.