Also-Space: From Hot to Something Else: How Indonesian Art Initiatives Have Reinvented Networking (Paperback) 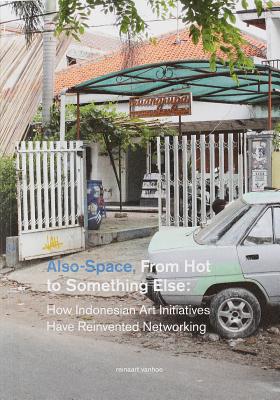 Also-Space: From Hot to Something Else: How Indonesian Art Initiatives Have Reinvented Networking (Paperback)

This book focuses mainly on the Jakarta-based artists' initiative ruangrupa, and to a lesser degree on a number of other Indonesian artists and initiatives, as case studies of how Indonesian artists organise and manifest themselves individually as well as collectively.Although contemporary art in Indonesia is completely integrated within the global art discourse, the fundamental context of Indonesian artists is in fact quite different from that of the contemporary Western artistic practice, in which notions of individuality and 'autonomy' play a key role. This perspective, at least in its current manifestation, is based on a neo-liberal worldview focused more or less entirely on the pursuit of individual success.

However, what is often missing from this perspective is an awareness of local networks, and a contextual (as opposed to purely conceptual) way of thinking and acting. Indonesian artists' initiatives, on the other hand, tend to think and work from the perspective of the communities of which they are already a part. This is quite different from the Western notion of 'community art', as it addresses fundamentally different approaches to community and networking.Indonesian artists work from an understanding that they are organically and inevitably connected to various networks, whereas Western artists tend to proactively seek out and connect to networks from an individualist position.

Recurring themes also include the author's ongoing efforts in formulating proposals of a '(g)Locally Embedded Art Practice' ('gLEAP') and of the 'also-space' as approaches to re-evaluating the production and positioning of artists. How can we develop an artistic practice that does not define itself as 'alternative' or 'in opposition' to the society in which it exists, but rather as an integral part of the various communities in which the artist functions, produces and lives, and is thus very much a part of?