The Sounding Cosmos: A Study in the Spiritualism of Kandinsky and the Genesis of Abstract Painting (Hardcover) 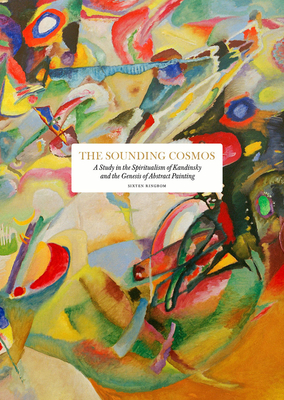 The Sounding Cosmos: A Study in the Spiritualism of Kandinsky and the Genesis of Abstract Painting (Hardcover)

For many years, relatively few people knew of spiritualism's impact on the birth of abstract art. But when the Finnish art historian Sixten Ringbom's book The Sounding Cosmos was published in 1970, the writing of history changed forever. Through his research on Wassily Kandinsky, one of the pivotal figures in modern art, Ringbom showed how Theosophy and esoteric teachings were absolutely essential to the development of nonfigurative painting.
This discovery generated great debate at the time, and the book was both celebrated and controversial. Although the original publication is extremely rare and sought after, to this day The Sounding Cosmos is a classic of art history that continues to be discussed--especially in recent years, as the presence of esotericism in modernist art from Hilma af Klint to Mondrian and beyond has been revisited.
The Sounding Cosmos is now being reissued for the first time in this elegant new edition. The richly illustrated original text has been supplemented with a new foreword by Daniel Birnbaum and Julia Voss.
Sixten Ringbom (1935-92) was an influential Finnish art historian. In 1965 he completed a PhD under the great art historian Ernst Gombrich. Ringbom succeeded his father as professor of art history at bo Akademi University in 1970, and became the first art historian to explore in depth the connections between early abstract art and occultism. He published prolifically until his death in 1992.