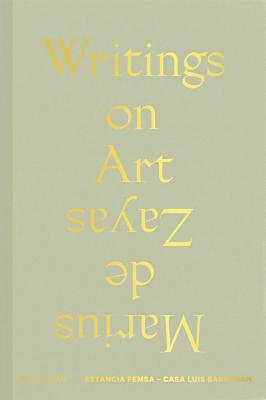 Marius de Zayas (1880-1961) was an early 20th-century Mexican artist, writer, caricaturist and art-gallery owner who was pivotal in making New York the art capital of the world after Paris; he was also an early commentator on the influence of African art on modernist art. For the first time, de Zayas' most important texts are gathered in one handsome clothbound publication, including texts written for Alfred Stieglitz's 291 gallery and magazine as well as his writings and opinions about exhibitions, African art and cubism, plus profiles of Picasso, Rodin and Eug ne Carri re. Writings on Art also includes reproductions of the magazine 291 as well as some of de Zayas' caricatures of Steichen, Stieglitz, Roosevelt and Picabia, among others.