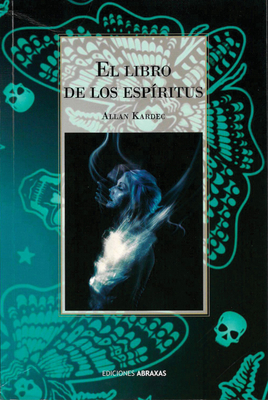 
Available to Order - Usually Arrives in Our Store in 4 to 7 Days
First published in 1857, The Book of Spirits is considered a must-read in the field of spiritualism, as it compiles its principal aspects. According to the author, Allan Kardec, this wisdom came to him directly from ascended spirits that worked through him to help humanity establish a new philosophy/outlook on life.
Allan Kardec was a renowned pedagogic director at various schools in France.  In 1855, at the request of a friend, he attended a gathering where a séance was to take place. The U.S. Spiritualism movement had reached the Old World and offered a way to communicate with those that had passed on. After his experience, Kardec dedicated his time to researching the phenomena from a scientific and skeptical point of view. He provided observations, comparisons, and deductions that were based on logic, facts, and reason.