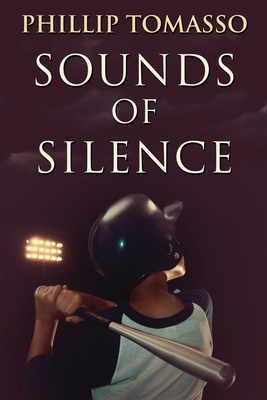 Young Marco Lippa is a healthy twelve-year-old: carefree and prone to dreaming. The star pitcher for his baseball team, he hits the winning home-run against their cross-town rivals.

But the revelry soon turns into something different, as Marco becomes sick. Rushed to the hospital and stuck with needles, poked and prodded, his world spins out of control. When he wakes up, he's deaf, and his dreams crumble.

Sounds Of Silence tells the story of Marco Lippa's coming to terms with his deafness, his grief and anger, and his lost dreams. Forced to leave his comfortable home and adapt to life away from his family, he needs to relearn how to communicate and function without his hearing, while beset by the normal anxieties of a teenage boy: bullies, girls, and fitting in.

This is the large print edition of Sounds Of Silence, with a larger font / typeface for easier reading.