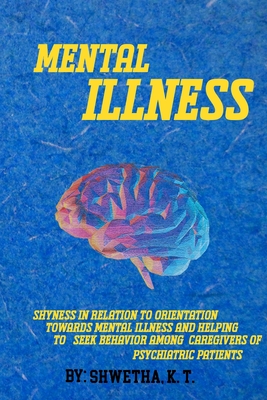 MENTAL ILLNESS: Health has always remained the primary concerns of human society. The promotion of health and the eradication of illness is are goals of every human institution. The World Health Organization (WHO) was instituted as an international platform to promote cooperation among countries in the promotion of health. The WHO defines health as‖ Health is a state of complete physical, mental and social well-being and not merely the absence of disease or infirmity‖ (WHO, 1998). After a long approach of neglect, international platforms have started seeing mental health as an issue of global concern. Education and awareness of mental health, improving mental health status at the individual and community level and working on the preventive and treatment measure for issues of psychoactive substance vulnerability, abuse and dependence have been included in the Global Development Agenda by the United Nations in the year 2015 at the General Assembly thus having the approval and commitment of all the member nations in achieving this goal. This particular addition in the Global Development Agenda is believed to bring about positive outcomes in the societies and nations where mental health concerns have constantly been pushed aside both culturally and in policy making. Mental Health is thus a significant component of the well rounded healthy individual. The organization in turn defines Mental health ―as a state of well-being in which the individual realizes his or her own abilities, can cope with the normal stresses of life, can work productively and fruitfully, and is able to make a contribution to his or her community (as cited in Galderisi, Heinz, Kastrup, Beezhold & Sartorius, 2015). Mental Illness is thus a major deterrent in achieving this goal. Unlike physical and medical illness which are seen as a normal part of life, mental illness faces a lot of psychological and social factors that influences the awareness, acceptance, treatment and recovery. The Comprehensive mental health action plan 2013-2020 of the United Nations lists out several factors that have an impact of maintenance of one's mental health and the onset or recovery from mental disorders. The factors include personal capacities to handle one's cognition, emotion, interpersonal interactions and relations,