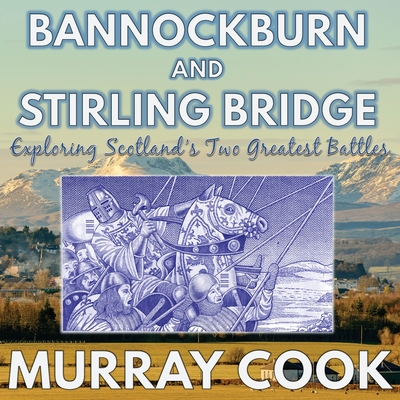 The Scottish Wars of Independence: a titanic struggle over the fate of the Scottish nation which made heroes of Robert the Bruce and William Wallace, and saw many clashes that have gone down as among the most significant in the country's history. None, however, were to be quite as momentous as the epic Battles of Stirling Bridge and Bannockburn.

In this book, archaeologist Dr Murray Cook revisits these critical campaigns with reference to his many excavations around the area and the exciting historical discoveries that are still being unearthed to this very day. He explains the background of the battles and the personalities involved, describes the action that took place on those fateful days, and discusses the far-reaching impact the Wars of Independence had on the future of Scotland.

Bannockburn and Stirling Bridge culminates in a five-stage walk around Stirling and the surrounding area in which the author describes the ways that the Wars of Independence shaped the city's destiny: an influence which can still be witnessed today through the many different historical sites and archaeological finds located throughout the vicinity. He brings the past alive with detailed illustrations drawn from the tumultuous events of bygone centuries, and encourages his readers to seek out the nation's vibrant history for themselves.