Waiting in the Wings: Letters of a Pilot in World War II (Paperback) 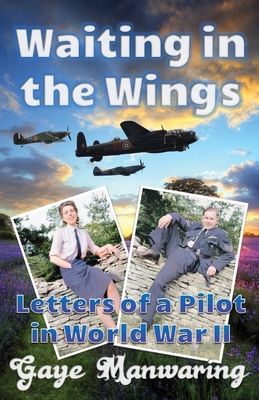 Waiting in the Wings: Letters of a Pilot in World War II (Paperback)

The Second World War left no corner of Europe unaffected, and was to touch lives in every country. Young British librarian Len Manwaring was no exception; answering his country's call to arms, he would soon discover a life turned upside down when he enlisted in the Royal Air Force and saw a tour of duty which involved time serving in North America and South Africa as well as closer to home in a United Kingdom that was fighting the constant threat of invasion. Yet just as difficult for Len was the prospect of leaving behind Joan, the girl he loved, with whom he would correspond throughout the entirety of the war.

Now, in this special anthology of letters, airgraphs and other authentic materials from the time, Gaye Manwaring presents the remarkable story of her parents' extraordinary romance, set against the backdrop of an era-defining global conflict. Illustrated with many photographs from the 1940s, "Waiting in the Wings" is the story of how true love can endure in the most challenging of circumstances - even a war which saw Len and Joan separated not just by their duties in the armed services, but by the distance which lay between whole continents.

Presented with social and personal commentary from the author throughout, "Waiting in the Wings" is a unique account of a love affair that stood the trials of war and the test of time; a timely reminder that light can shine in even the darkest days.