Cyprus: An Ancient People, a Troubled History, and One Last Chance for Peace (Hardcover) 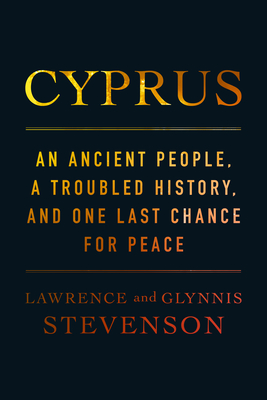 Cyprus: An Ancient People, a Troubled History, and One Last Chance for Peace (Hardcover)

Lawrence Stevenson served two tours of Cyprus as a United Nations peacekeeper during the 1970s and 1980s, and saw an island at war with itself with no hope of resolution in sight. Those experiences, and Cyprus's intractable division between East and West, haunted him deep into adulthood. Now, fifty years later, he returns to the tiny island in the Eastern Mediterranean as its chances of a peaceful reunification are fast running out.

Relying on his own insights and research, as well as interviews with a diverse lot of international lawyers, UN officials, politicians, and Cypriots, Stevenson and his daughter Glynnis, a historian, reflect on how the island came to its impasse, and why the UN, the EU, the US, and the UK have failed to return it to peace.

With a fair-minded appraisal of the wrongs committed and suffered by both sides and a clear-eyed sense of diplomatic possibilities, Lawrence and Glynnis outline the only remaining option available for those who wish Cyprus reunited under one government. It is an option they passionately endorse, not only for the sake of the Cypriots, but as a rare example of peaceful co-existence in an increasingly fractured world.