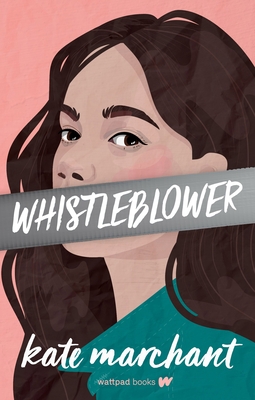 Kate Marchant, author of Float, presents a story about a young journalist who fights for the truth to come to light—even if it means she might lose everything . . .

Laurel Cates, a junior at Garland University, has no desire for the spotlight. She's determined to complete her degree with as little fuss as possible. As a writer for Garland’s school paper, the Daily, Laurel sticks to well-written fluff pieces. But when she uncovers a scandal involving the school’s beloved football coach, Laurel knows she has to expose the truth.

Even if her classmates don't believe her.

Even if her boss threatens to fire her from her desperately-needed job.

And even if the superhot quarterback with a heart-of-gold, Bodie St. James, is hell-bent on stopping her from publishing.

In the aftermath of the article, Laurel’s crush turns into her enemy as Bodie tries to protect the man who has been like a father to him. But as the interactions between the pair deepen, so too do their feelings for each other and an unlikely romance blossoms. Laurel soon realizes her uncompromising values will bring her closer to her desires, and closer to the truth–and closer to finding her voice.

Her debut novel, Float, is being adapted for the big screen and will star Robbie Amell and Andrea Bang.