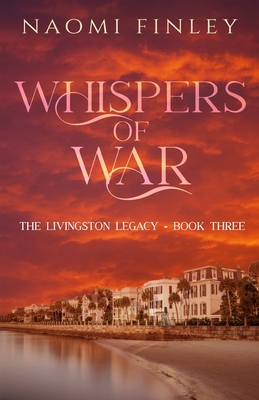 An abolitionist slave mistress. Her country divided and on the brink of war. An assailant calculating his revenge.

Tensions sweep the nation during the years preceding the American Civil War. Willow and Bowden struggle with life in Charleston while maintaining Livingston Plantation-a station for the Underground Railroad. Bound by the law, the abolitionists are torn between their love for the South and their convictions.

Fear of what the war will bring permeates both North and South. Friendships and beliefs are tested. Willow faces the changes at home and the circumstances transforming the country with apprehension, and her memories of the madman who sought her demise fade.

As the first shots are fired on Fort Sumter, the nation descends into chaos. Can Willow and the folks of Livingston persevere, or will all she loves vanish before her eyes?

Finley's Whispers of War is the third book in The Livingston Legacy series. A story filled to the brim with devotion, courage, and perseverance during an era of turmoil and revolution.