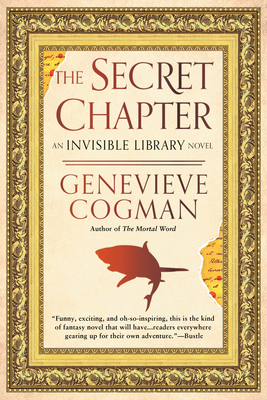 This is book number 6 in the The Invisible Library Novel series.

Time-travelling, dimension-jumping, Librarian-spy Irene and dragon-prince Kai will have to team up with an unlikely band of misfits to pull off an amazing art heist—or risk the wrath of a dangerous villain with a secret island lair.

A Librarian’s work is never done, and Irene is summoned to the Library. The world where she grew up is in danger of veering deep into chaos, and she needs to obtain a particular book to stop this from happening. Her only choice is to contact a mysterious Fae information-broker and trader of rare objects: Mr. Nemo.

Irene and Kai make their way to Mr. Nemo’s remote Caribbean island and are invited to dinner, which includes unlikely company. Mr. Nemo has an offer for everyone there: he wants them to steal a specific painting from a specific world. But to get their reward, they will have to form a team, including a dragon techie, a Fae thief, a gambler, a driver, and the muscle. Their goal? The Kunsthistorisches Museum in Vienna, in an early twenty-first-century world, where their toughest challenge might be each other.
Genevieve Cogman is a freelance author, who has written for several role-playing game companies. She currently works for the NHS in England as a clinical classifications specialist. She is the author of The Invisible Library, The Masked City, The Burning Page, and The Lost Plot.
Praise for the Invisible Library Novels

"Surrender to the sheer volume of fun that appears on every page."--Starburst