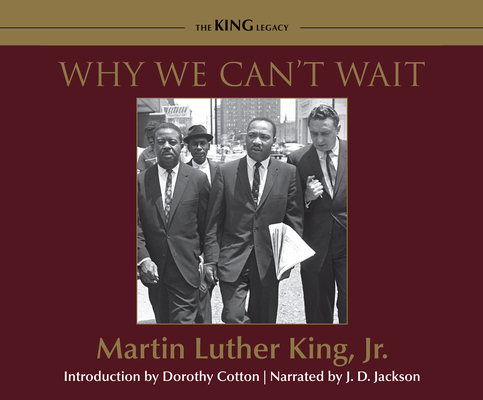 This is book number 4 in the King Legacy series.

Applauded as Dr. Martin Luther King, Jr.'s most incisive and eloquent book, Why We Can't Wait recounts the Birmingham campaign and the importance of the events of 1963 in the civil rights movement. When King wrote his "Letter from Birmingham Jail," the city was perhaps the most racially segregated in the United States, but the campaign launched by King, Fred Shuttlesworth, and others showed the world the power of nonviolent direct action. King examines the history of the civil rights struggle, and the future of resistance in the name of racial equality.