Motörhead: The Rise of the Loudest Band in the World: The Authorized Graphic Novel (Hardcover) 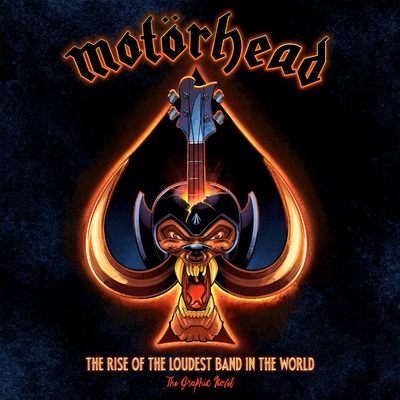 Motörhead: The Rise of the Loudest Band in the World: The Authorized Graphic Novel (Hardcover)

Spanning 144 pages packed with stunning illustrations, Motörhead: The Rise of the Loudest Band in the World tells the legendary story of Motörhead’s frontman Lemmy Kilmister and the band’s meteoric rise to becoming one of the most influential rock bands of all time.

From Lemmy’s early days working at a riding school in the English countryside to the recording of the band’s iconic album and first major international success, Ace of Spades, this Motörhead graphic novel chronicles the extraordinary story of the famous frontman’s incredible journey as the leader of the “loudest band in the world.”

With this essential piece of Motörhead history and lore, fans will learn more about the band that heavily influenced well-known groups like Metallica and Foo Fighters, and discover the fascinating tale of the legend himself, Lemmy Kilmister!

Born to Lose. Live to Win.
Mark Irwin, a graduate of the Joe Kubert School, was art director for Heavy Metal Magazine, Wildstorm Consumer Products, and Upper Deck Entertainment, as well as the Executive Editor for Insight Comics. He is currently Senior Product Manager for IDW Publishing. In addition, he has written and inked for DC Comics, and inked for Marvel, Dark Horse, Image, and many others over a 25 year career.