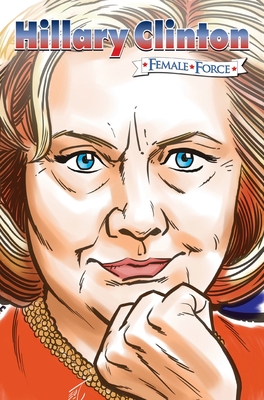 By Michael Frizell, Robert Schnakenberg, Joe Paradse (Illustrator)
$29.99
Available to Order - Usually Arrives in Our Store in 4 to 7 Days

Politicians are both born and made. As one of the most powerful women in politics, Hillary Clinton has served as an inspiration and lightning rod. Often controversial, she has carved an unmatched legacy into a traditionally male occupation. This volume collects Female Force: Hillary Clinton, Hillary Clinton: Secretary of State, and Political Power: Hillary Clinton.