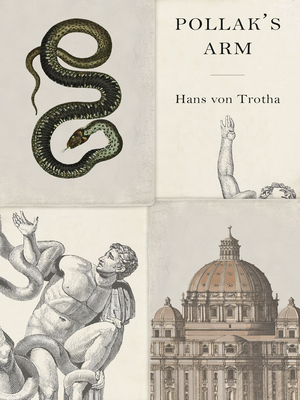 October 16, 1943, inside the Vatican as darkness descends upon Rome. Having been alerted to the Nazi plan to round up the city's Jewish population the next day, Monsignor F. dispatches an envoy to a nearby palazzo to bring Ludwig Pollak and his family to safety within the papal premises. But Pollak shows himself in no hurry to leave his home and accept the eleventh-hour offer of refuge. Pollak's visitor is obliged to take a seat and listen as he recounts his life story: how he studied archaeology in Prague, his passion for Italy and Goethe, how he became a renowned antiquities dealer and advisor to great collectors like J. P. Morgan and the Austro-Hungarian emperor after his own Jewishness barred him from an academic career, and finally his spectacular discovery of the missing arm from the majestic ancient sculpture of Laoco n and his sons. Torn between hearing Pollak's spellbinding tale and the urgent mission to save the archaeologist from certain annihilation, the Vatican's anxious messenger presses him to make haste and depart. This stunning novel illuminates the chasm between civilization and barbarism by spotlighting a now little-known figure devoted to knowledge and the power of artistic creation.