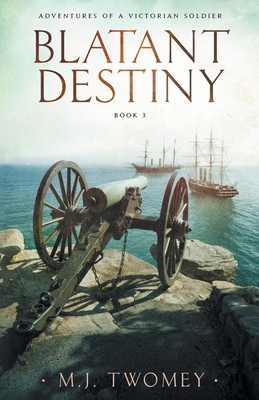 Ireland 1860. Veteran, Samuel Kingston, has settled down in Baltimore with his young family. Hearing news that Sofia's brother, Filipe, has found his father's body in Nicaragua, he resolves to bury his father in Clonakilty. As Samuel and his wife, Sofia Valle, pass through New York with Samuel's friend, Padraig, they fight off an attack. Learning that his enemy, William Walker beat federal charges for breaching the Neutrality Act and now plans to invade with another filibuster army and reclaim his presidency. Realizing neither his family nor Nicaragua will have peace while Walker is free, Samuel makes plans with British authorities to lure Walker into a Royal Navy trap in the Caribbean. Confident the British will capture Walker, Samuel continues on to Nicaragua via the Panama isthmus.

When Walker's filibusters attack their boat, Samuel learns Walker plan to use Filipe Valle's estate in Chinandega as a gateway to assault Nicaragua. When he frees Filipe and his old native veterans, the Euronicas, Samuel discovers Walker never intended to invade Nicaragua directly, but plans to assault the British island of Roatan off Honduras, link with General Cabanas' Honduran rebels, and attack Nicaragua from the north.

Samuel battles his way down the San Juan River and links with the Royal Navy to hunt the Caribbean coast for Walker, who is hiding out in Cozumel and biding his time to assault Roatan. Samuel's old enemy, General Guardiola, now president of Honduras, captures Samuel's party and will execute Sofia unless he helps Commander Salmon and HMS Icarus capture Walker. Finding Walker ensconced in the fortress at Trujillo Beach, Commander Salmon negotiates with him against Samuel's advice, allowing Walker and his filibusters to slip away into the jungle. Samuel and his Euronicas hunt Walker down, capture him, and hand him over to the Salmon, believing he will deliver him to Guardiola and secure Sofia's liberty. Instead, Salmon bows to American political pressure and sails for New Orleans to hand Walker over to the Americans. In the tense standoff that follows on the Icarus, Samuel convinces Salmon to turn around and hand Walker to Guardiola and save Sofia's life. The Hondurans quickly convict Walker and execute him by firing squad.

With Walker dead, Samuel returns his father's remains to Ireland, confident that Nicaragua is finally free.