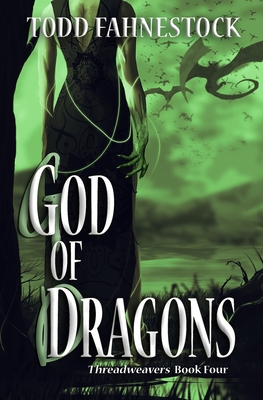 By Todd Fahnestock
$15.99
Available to Order - Usually Arrives in Our Store in 4 to 7 Days

A king's gambit. A clash of gods. The final battle for Amarion. Avakketh, the god of dragons, has launched his attack. His goal: to wipe out humanity. Only a ragtag band of heroes can stop him. A dying threadweaver, a bastard king, an exiled dragon and an adolescent quicksilver must struggle to organize a defense as dark prophecies and petty spirits conspire to pull them apart. Meanwhile, the demigod Wildmane races across the length of Amarion to rejoin his friends. But when the fire of war descends, will Wildmane be enough to stop the god of dragons? God of Dragons is the final book in the Threadweavers series. If you like epic fantasy, detailed world-building, and strong female protagonists, you'll love Todd Fahnestock's Threadweavers. Buy God of Dragons today for the stunning, multi-layered conclusion of the Threadweavers story.