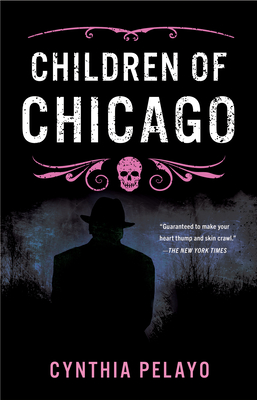 ONE OF THE BEST NEW CRIME NOVELS--Book Riot

ONE OF THE MOST ANTICIPATED CRIME BOOKS OF 2021--CrimeReads

ONE OF THE MOST ANTICIPATED RELEASES OF 2021--Book Riot

ONE OF 2021'S MOST ANTICIPATED NEW RELEASES--Books in The Freezer

A gripping, modern-day spin on the Pied Piper fairy tale, as well as a gritty love letter to the underworld of Chicago from acclaimed Bram Stoker nominee Cynthia Pelayo.

Reminiscent of the Bloody Mary urban legend, the Pied Piper's story can be tracked back to the deaths of children for centuries and across the world--call to him for help with your problems, but beware when he comes back asking for payment.

Chicago detective Lauren Medina's latest call brings her to investigate a brutally murdered teenager in Humboldt Park--a crime eerily similar to the murder of her sister decades before. Unlike her straight-laced partner, she recognizes the crime, and the new graffiti popping up all over the city, for what it really means: the Pied Piper has returned.

When more children are found dead, Lauren is certain her suspicion is correct. Still reeling from the recent death of her father, she knows she must find out who has summoned him again, and why, before more people die. Lauren's torn between protecting the city she has sworn to keep safe, and keeping a promise she made long ago with her sister's murderer. She may have to ruin her life by exposing her secrets and lies to stop the Pied Piper before he collects.

Cynthia "Cina" Pelayo is an International Latino Book Award winning and three-time Bram Stoker Awards(R) nominated poet and author of CHILDREN OF CHICAGO, LOTERIA, SANTA MUERTE, THE MISSING, and POEMS OF MY NIGHT, which was also nominated for an Elgin Award. She holds a Bachelor of Arts in Journalism from Columbia College, a Master of Science in Marketing from Roosevelt University, a Master of Fine Arts in Writing from The School of the Art Institute of Chicago, and is a Doctoral Candidate in Business Psychology at The Chicago School of Professional Psychology. Cina was raised in inner city Chicago, where she lives with her husband and children. Find her online at www.cinapelayo.com and on Twitter @cinapelayo