A Visitor from the Planet of Argon (Paperback) 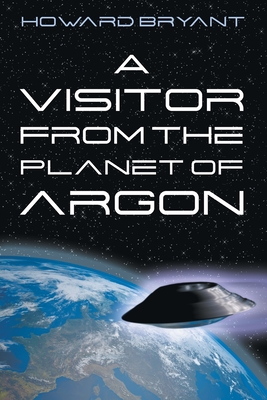 A Visitor from the Planet of Argon (Paperback)

A young boy who lives on Argon, a planet in the far corner of the universe, becomes enthralled with space travel after hearing stories about it. At the tender age of ten, he decides to be a space traveler himself.

His parents are not thrilled. They don't want to dampen his spirits, so they support his decision, hoping that by the time he reaches his eighteenth birthday, he will change his mind. They know many young people change their minds about what they want to be, so they hope this will be the case with their son. Their son, QZ4, won't be eighteen for another eight years.

When QZ4 finally reaches his eighteenth birthday, to the dismay of his parents, his mind is still set on space travel. Not wanting to renege on the promise they made years before, they have no choice but to continue to support his wishes.

QZ4's lifelong dream is about to become reality. He loaded his spacecraft with everything he will need for the long trip. After waving goodbye to his parents and the crowd surrounding him, he closes the spacecraft's door behind him. He fires the engines up and blasts off to his chosen destination, Earth.

What he learns there will change his life forever.

Howard Bryant is a retiree who grew up on a farm in McDonough, Georgia, and attended a one-room schoolhouse. This is his third book.