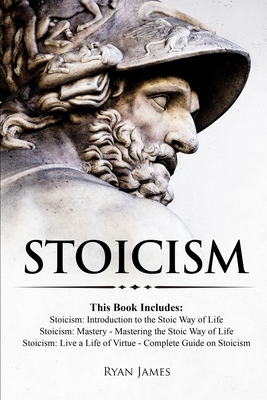 1.Stoicism: Introduction to the Stoic Way of Life

3.Stoicism: Live a Life of Virtue - Complete Guide on Stoicism

Stoicism may be an ancient philosophy, but it is one that has even more relevance to our daily lives now that we are in the modern world. Too often we find that we aren't able to control our lives, control the events that go on, or even control the people and how they act. But with Stoicism, we learn that we can control some things, such as our emotions and our reactions, and this can help to lead us to happiness.

In this complete guidebook we are going to take you from the very basics of using Stoicism in your daily life, to complete Mastery. We will show you how this ancient philosophy is going to work to make you feel happier and more virtuous. Some of the things that we will talk about include:

When you are ready to find the true happiness that belongs to you and bring some of the Stoic ideas into your life, make sure to read through this guidebook and learn just how great it can be to live the Stoic way of life.