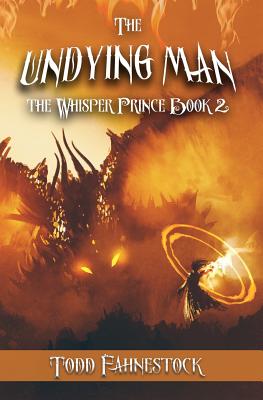 By Todd Fahnestock
Please email or write store for pricing and availability information.
Special Request - May Not Be Available

The rise of a fire god. A journey into the heart of magic. A mystery that could destroy the lands The Phantom War is over, but new dangers plague the Thiaran Empire. An imprisoned fire god is invading the bodies of Thiara's citizens one-by-one. The empress tightens her grip on Grei, desperate to control her subjects and solidify her rule. And Grei's power is faltering. Armed only with his broken magic and the help of an injured Ringblade assassin, Grei must escape the empress, travel to the north to contain the fire god, and unravel the secrets of a centuries-old conflict. And at the heart of the mystery lies his friend, Blevins, a enigmatic drunk who cannot seem to die... The Undying Man is the second book in The Whisper Prince epic fantasy series. If you like epic fantasy, detailed world-building, and strong female characters, you'll love Todd Fahnestock's latest series. Buy the first book in the series, Fairmist, to join the adventure today.